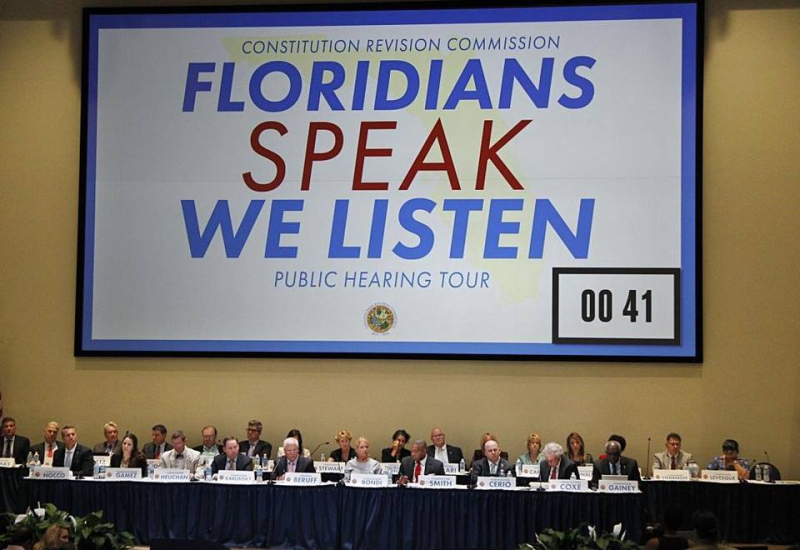 In a swift, 20-minute meeting, the panel charged with updating the Florida Constitution on Tuesday rejected all but a few of the 2,012 public proposals submitted to the Constitution Revision Commission, advancing only six of them, after months of encouraging the public to submit ideas.

“As we review this public input, it is clear that Floridians share many similar ideas and interests,” said CRC chair Carlos Beruff before the panel vote. “In addition to commissioners who chose to directly sponsor a public proposal, several commissioners have created their own proposals inspired by public input.”

The hundreds of rejected proposals include limiting money in politics and political committees, updating medical references to abortion, establishing religious protections for businesses, creating a state commission on sea level rise, electing the Public Service Commission, legalizing marijuana and dozens of others ideas submitted by concerned citizens, special interest activists, political gadflies and constitutional scholars. For months, the commission conducted hours of public hearings across the state, encouraging people to submit proposals to the CRC website.

A large sign posted above the panel at the Miami public hearing read: "Floridians speak. We listen." Story here.