Repealing the Jones Act would help Puerto Rico. But it could hurt Florida. 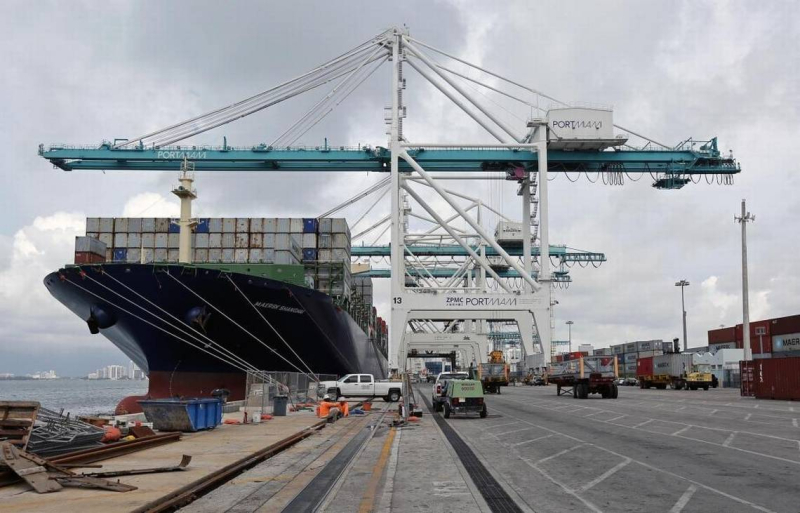 As the debate over the Jones Act rages in the nation’s capital, lawmakers from Florida are faced with a difficult choice.

While Democrats and Republicans from Florida are urging the federal government to do everything in their power to help Puerto Rico, they are also beneficiaries of a law that protects Florida’s shipping industry at the expense of the island, a political quandary in a state with over 1 million Puerto Rican residents.

Pushing for a permanent repeal of the Jones Act would undoubtedly win the support of the state’s Puerto Rican community and voters sympathetic to hurricane recovery efforts, but it could hurt the state’s domestic shipping industry and thousands of jobs.

The domestic shipping industry is an economic behemoth in Florida, contributing 52,140 maritime jobs and $9.6 billion to Florida’s economy, according to a 2014 study by PricewaterhouseCoopers. The Port of Jacksonville is the nation’s hub for Jones Act shipping to Puerto Rico, and Florida ranks second among all states in jobs affected by the domestic maritime industry.

“Our top priority is ensuring the people of Puerto Rico have the resources they need to recover and rebuild both in the short and long term,” said Rep. John Rutherford, R-Jacksonville. “JAXPORT and the maritime industry in Northeast Florida are critically important to these efforts and have been for decades. The Jones Act reinforces this commerce by promoting investments in infrastructure that ensure shipments travel reliability between Jacksonville and Puerto Rico quickly.”
The Jones Act is a 1920 law that requires U.S. ships transporting goods within the country to be built, owned and operated by U.S. citizens or permanent residents. Opponents of the Jones Act, including New York Rep. Nydia Velázquez and Arizona Sen. John McCain, argue that the law makes goods more expensive on islands like Puerto Rico, therefore making it harder for the U.S. territory to recover from Hurricane Maria.

After a week of intense public pressure, President Donald Trump suspended the Jones Act in Puerto Rico for 10 days last Wednesday, though he said “we have a lot of shippers and a lot of people who work in the shipping industry who don't want the Jones Act lifted.”

Rep. Darren Soto, the first Puerto Rican in Congress from Florida, acknowledged the difficulties of a long-term Jones Act repeal. He wants the Trump administration to pursue an additional temporary suspension of the Jones Act instead of a full repeal.

“Over the long term I don’t think its an all-or-nothing deal,” Soto said. “It’s one of those issues where Florida benefits under the Jones Act and Puerto Rico does not. We don’t have to get rid of the Jones Act or have it go away, but 10 days is going to be insufficient. I expect we'll need emergency services for over a month or so, so we’re going to need a longer waiver than that.”

When Hurricane Maria devastated Puerto Rico, suspending the Jones Act became a rallying cry for lawmakers from both parties.

“The Jones Act... makes everything more expensive,” said Velázquez. “One of the biggest issues we have right now is the availability of fuel in Puerto Rico.”