« Democrats demand White House documents on hurricane response | Main | Jeff Clemens admits to affair and his colleagues ask, after so many months, why now? »

Sorority sisters rally around Frederica Wilson in feud with Trump 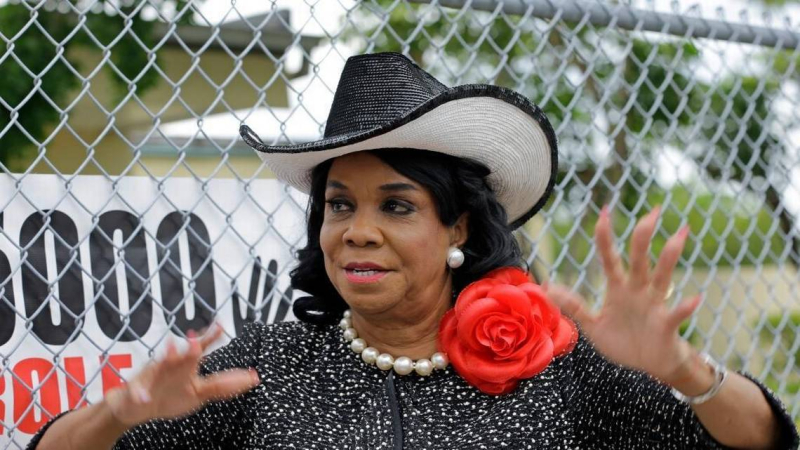 President Donald Trump has earned the ire of yet another black grassroots group thanks to his rhetorical attacks on Rep. Frederica Wilson, one of a historic black sorority’s most prominent members.

Alpha Kappa Alpha, the nation’s oldest Greek-lettered sorority founded by black college women, recently launched an effort to show support for Wilson, who’s been feuding with Trump for days over his handling of a phone call to the widow of a U.S. soldier.

The latest blow is another chapter in what's been an ongoing battle between the president and the black community.

Wilson has come under heavy criticism from Trump and his backers. She skipped coming to Washington this week due to ongoing threats against her after she bashed Trump for his handling of a conversation with the family of Sgt. La David Johnson, who was killed during an Oct. 4 ambush in Niger.

"When what should have been a phone call by President Trump to express condolences to the widow of Sgt. Johnson concluded with the family feeling disrespected, Alpha Kappa Alpha member and Florida Congresswoman Frederica Wilson expressed her distaste for the president’s choice of words,” read the statement to the sorority’s 290,000 members, a copy of which was obtained by the Miami Herald's McClatchy Washington bureau.

"She is now undergoing a virulent attack after she revealed comments made by President Trump to the widow…," the statement said. "This lawmaker, educator, and advocate has been there for so many. Sorors, let us be there for her."

Wilson, who pledged AKA while an undergraduate at Fisk University, is a leader in the sorority, having served as its South Atlantic Regional director.

Alpha Kappa Alpha is the latest black sorority or fraternity to defend one of their own against Trump’s broadsides and exert its influence in Washington.