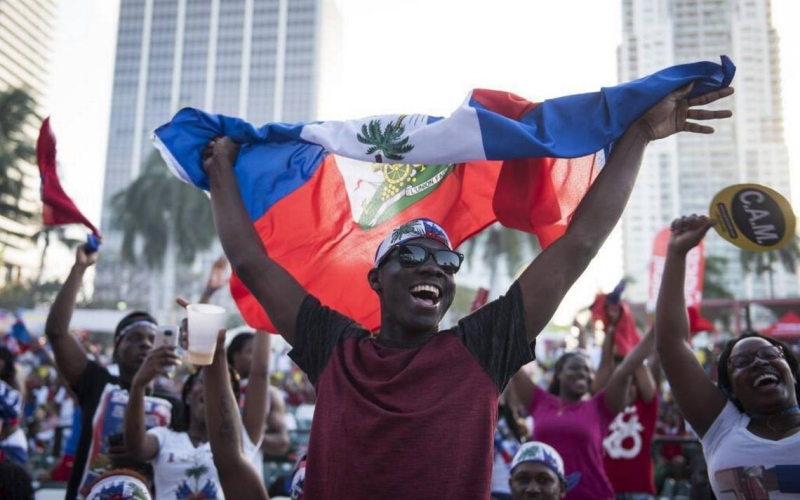 A bipartisan group of South Florida lawmakers introduced a bill on Tuesday that provides a path to permanent residency for thousands of foreign citizens who participate in a temporary program that allows them to work and live in the United States.

South Florida Democratic Reps. Frederica Wilson and Alcee Hastings also signed on to the legislation, which applies to participants in the Temporary Protected Status program, along with Miami Republican Rep. Ileana Ros-Lehtinen.

“While hoping and waiting they would be able to return to their native countries for years, Nicaraguan, Salvadoran, Honduran and Haitian migrants have become essential parts of the South Florida community by contributing to our local economy and our culture,” Curbelo said in a statement. “While I will continue to support extensions for Temporary Protected Status, this bipartisan legislation would give these migrants the peace of mind to continue giving back to their communities, contributing to our economy and supporting their families.”

Haiti, El Salvador and Honduras are the three countries with the most participants in the program, which is administered by the Department of Homeland Security. About 300,000 people from those three countries participate in TPS, and the bulk of Haiti’s 50,000 TPS recipients live in South Florida.

“I am proud to be part of this bipartisan effort to provide a permanent solution for families living in the United States with temporary protected status,” Wilson said in a statement. “It is in the meantime imperative that we not forget the economic, cultural and other contributions that people living and working in the United States thanks to this measure are making to both to our nation and their native countries.”

The Trump administration faces multiple looming deadlines for extending the Temporary Protected Status program in Haiti, Nicaragua, El Salvador and Honduras. Haiti’s status is set to expire in January 2018 after then-Homeland Security Secretary John Kelly extended TPS for six months instead of the usual 18 in May.

Extending TPS for Haitians is a source of bipartisan agreement among Florida lawmakers, including Sens. Marco Rubio and Bill Nelson. But the Trump administration terminated Sudan’s TPS status in September, an indication that they could decide to end other countries’ TPS status.

Currently, citizens from nine countries are eligible for TPS. The bill to provide a path to permanent residency does not apply to TPS recipients from Nepal, Somalia, South Sudan, Syria or Yemen.