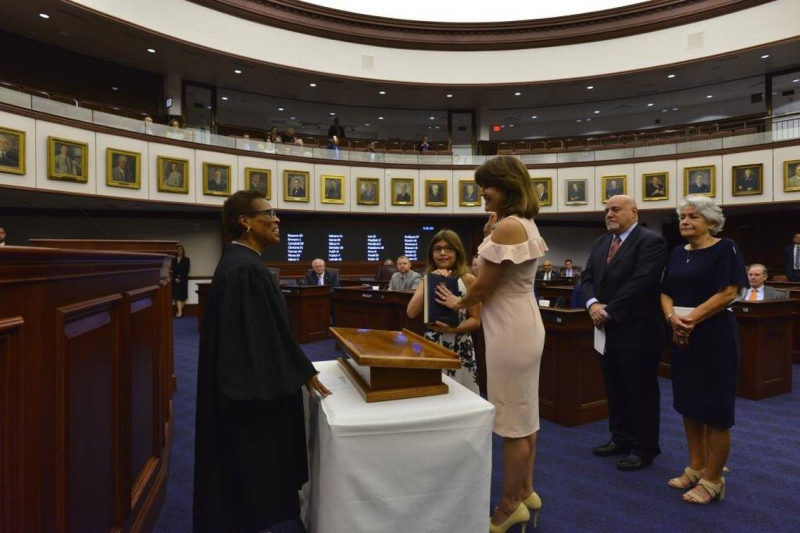 Beginning her service in Tallahassee this week as Florida’s newest state senator, Miami Democrat Annette Taddeo said she aims to be “a voice of inclusion, a voice of opportunity for all.”

“Just bringing the voice of the people,” Taddeo said at the state Capitol Tuesday morning after she was officially sworn in as District 40’s next senator. “It was not just a hashtag when we said it was ‘a people-powered campaign’ — it was truly born from the community and I’m very proud of that.”

In joining the Senate, the Colombian-born Taddeo also became the first Hispanic Democratic woman elected to the chamber.

“It’s a humbling experience; I’m very excited and honored to be given this responsibility,” she said. “I’m ready.”

Photo credit: State Sen. Annette Taddeo, D-Miami, center, is sworn in to office by Florida Supreme Court Justice Peggy Quince on Oct. 10, 2017. She was joined at her swearing-in ceremony by her 11-year-old daughter Sofia Taddeo-Goldstein, her husband Eric Goldstein and her mother Elizabeth Taddeo. [Florida Senate]