« "We have a long way to go," Pence says in Puerto Rico | Main | California's Kamala Harris to fundraise in Florida for Bill Nelson »

The Jones Act waiver was supposed to help Puerto Rico. So where are the ships? 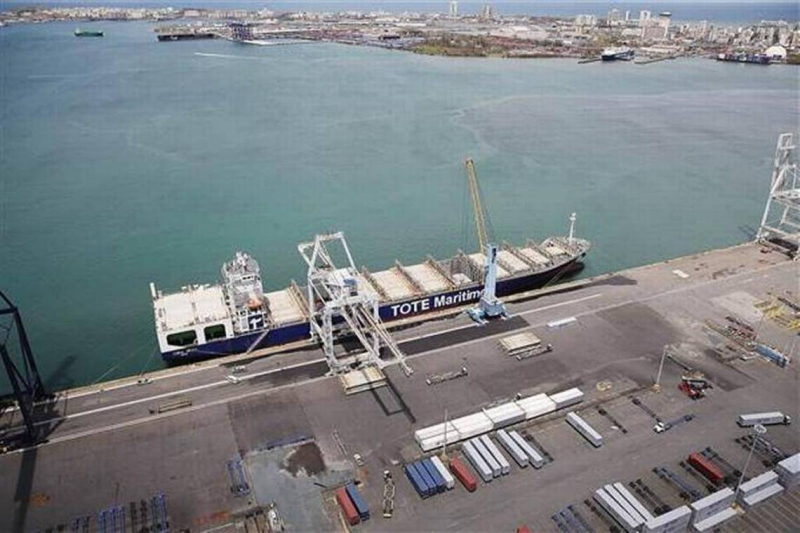 When the Trump administration waived the Jones Act in Puerto Rico for 10 days on Sept. 28, it was hailed as an important step for the U.S. territory’s recovery from Hurricane Maria.

But the president’s waiver, which expires on Sunday, has made little difference in the flow of aid to Puerto Rico so far.

None of the 12 known ships that are operating under the waiver — which allows foreign ships to transport goods from U.S. ports to Puerto Rico — have arrived or unloaded cargo in San Juan, according to the Department of Homeland Security.

Three of the 12 ships also appear to be headed to foreign ports, a Homeland Security spokesman said.

The shipping information is voluntarily provided to Homeland Security by shipping carriers, so there could be additional ships operating under the waiver without Homeland Security’s knowledge. Under the waiver, ships must be loaded by Sunday and then have an additional 10 days to deliver their cargo to Puerto Rico, so the total number of ships operating under the waiver could increase by October 8.
It typically takes five days to deliver goods by boat to Puerto Rico from Miami and seven days from Jacksonville. Jacksonville’s port is the main hub for transporting U.S. goods to Puerto Rico.

The 1920 Jones Act requires ships transporting goods within the country to be built, owned and operated by U.S. citizens or permanent residents.

When the Trump administration initially decided to not waive the Jones Act in Puerto Rico after Hurricane Maria made landfall on Sept. 20, the backlash was fierce. Critics accused the businessman-turned-president of rallying behind the interests of the U.S. shipping industry instead of putting the needs of Puerto Rico first.

“Puerto Rico is broke and the federal government already controls the purse strings through the financial control board or Junta that was imposed by Congress,” said Rep. Luis V. Gutiérrez, D-Ill. “In their hour of need, Washington can help by suspending the Jones Act and suspending cost-sharing obligations.”

Trump himself fueled criticism when he said, “we have a lot of shippers and a lot of people who work in the shipping industry who don't want the Jones Act lifted.”

But during a congressional hearing on Oct. 3, representatives from Tote Maritime and Crowley, two of the biggest U.S. shipping companies tasked with delivering goods to Puerto Rico, told the House Transportation Committee that they hadn’t heard from any foreign shipping companies wanting to do business under the Jones Act waiver.

“Our companies operate two of the three terminals in the port of San Juan that would be contacted in order to unload vessels that would be under the waiver,” said Tote CEO Anthony Chiarello. “We have not received a call requesting the need to unload the ships.”