UPDATED U.S. marshals, search no further: Rivera is in Tallahassee 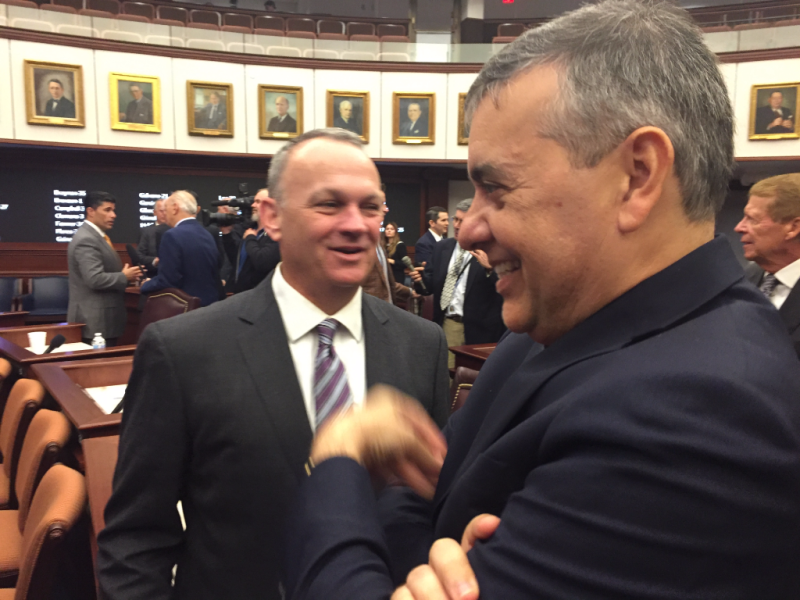 Former U.S. Rep. David Rivera, who for months has been avoiding U.S. marshals trying to serve him with lawsuit papers in Miami, showed up Tuesday in Tallahassee for designation ceremony of Republican Bill Galvano of Bradenton the next state Senate president.

Rivera, a Republican, refused to answer questions from Politico Florida about the civil lawsuit filed against him in July by the Federal Election Commission, which wants $486,000 in penalties for unreported campaign cash Rivera funneled to a ringer 2010 Democratic candidate for Congress.

The FEC sued Rivera in July, Since then, U.S. marshals have attempted to serve him in person on four occasions in Miami but have been unable to find him, either at his Doral residence or at two other locations. That forced FEC attorneys to request and obtain an extension. They now have until Dec. 11 to serve him.

Rivera, a former state representative, chatted with legislators Tuesday inside the Senate chambers, including Republican House Speaker Richard Corcoran of Land O'Lakes, who has chosen not to impose a nearly $58,000 Florida Commission on Ethics fine against Rivera over double-billed travel expenses from when Rivera was in state office.

Rivera is running for the Florida House again in 2018.

Politico Florida also has video of chasing down Rivera to try to get him to respond to questions. Rivera indicated in the video he would be in Tallahassee for a couple of days:

UPDATE: Turns out the feds served Rivera with a legal summons on Oct. 18, Politico reported Wednesday, just five days after U.S. District Judge Robert Scola extended the deadline. So Tuesday in Tallahassee, Rivera was lying to reporters and feigning ignorance of a lawsuit he actually knew about.