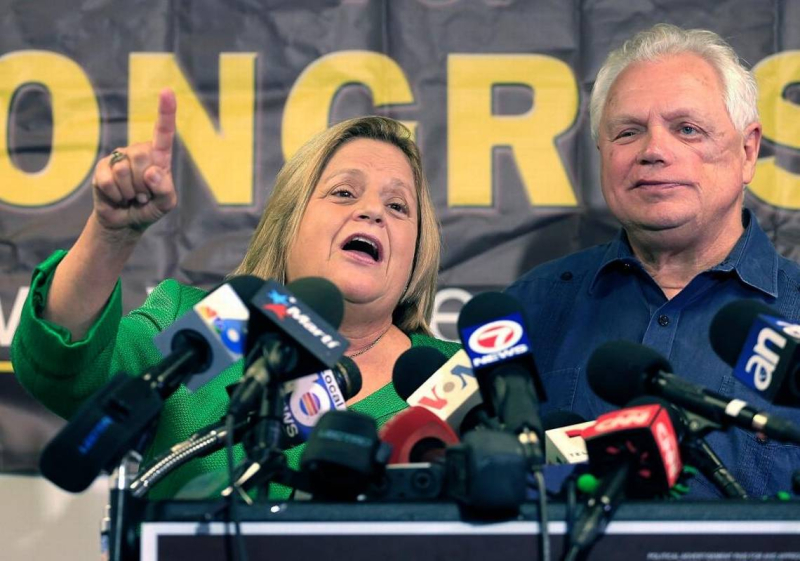 The congressional office with one of the best views of the Capitol Dome awakens from a mid-afternoon lull as the door swings open and the boss emerges with a loud, “Hello everybody!”

Ileana Ros-Lehtinen is in, and the cafecito is flowing.

The outgoing Miami Republican, one of the few remaining moderates in a Congress dominated by uncompromising politicians of both stripes, is cheerful and full of energy as she navigates her final year in Washington. Ros-Lehtinen freely distributes hip-bumps, high-fives and hugs to everyone, and typically dour-faced lawmakers light up whenever they encounter her on Capitol Hill.

Ros-Lehtinen, a 65-year-old Cuban-American who was a trailblazing Latina in Tallahassee and Washington, said she’s not leaving office because she’s scared that her overwhelmingly Democratic-leaning district will turn against her in 2018 or that she’s fed up with the hyper-partisan rhetoric of the Trump era.

It’s just been 28 years, and she and husband Dexter Lehtinen are ready for something different.

Ros-Lehtinen doesn’t have an immediate plan for the future. She may get back into teaching, her profession before she first ran for the Florida Legislature 35 years ago. Or she may work in an advocacy role that allows her to split time between Miami and Washington, noting that the two-hour flight is a breeze.

A year ago, Ros-Lehtinen faced her closest challenge in years. She won by 10 percentage points over businessman Scott Fuhrman after spending $3.4 million in campaign cash, even though Hillary Clinton won her district by over 19 percentage points. But six months later, Ros-Lehtinen announced that she was retiring from Congress, a decision that sent shockwaves through the Miami political community.

“Ileana has been a champion for her time, I don’t look at it as a loss but a passing of the torch,” said Miami commissioner Ken Russell, one of the Democrats seeking to replace her in Congress.

Other Republican lawmakers who recently announced their retirement, like senators Bob Corker and Jeff Flake, have fiercely criticized Trump and his associates for dragging American politics into a tweet-filled gutter. But Ros-Lehtinen, a veteran of many Miami-style political campaigns where insults are hurled with regularity in two languages, said politics has always been a rough game.

“I think Jeff Flake and others have been talking about how frustrated they feel in a polarized environment,” Ros-Lehtinen said minutes after Flake announced his retirement in a dramatic Senate floor speech. “This has always been a polarizing place it’s always been a source of frustration if that’s how you look it. I chose long ago I was going to be a Hubert Humphrey-style happy warrior.”