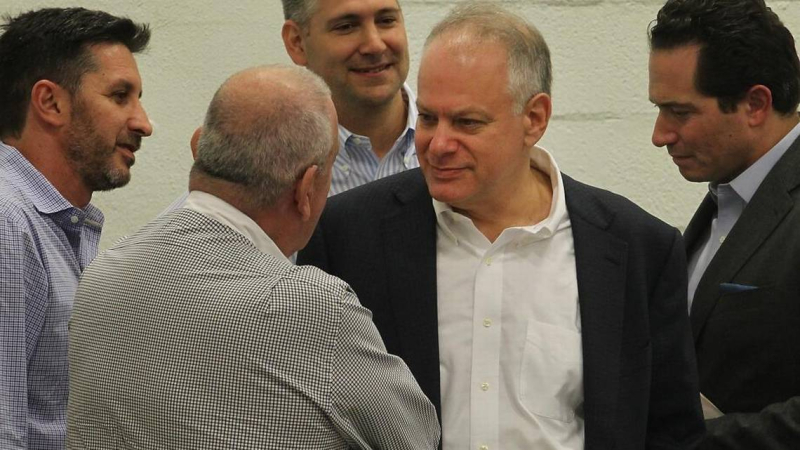 Ousted Florida Democratic Party Chairman Stephen Bittel plans to give up his post as Miami-Dade County's state committeeman -- but not until after his successor atop the state party is elected.

Juan Cuba, chairman of the Miami-Dade Democratic Executive Committee, told the Miami Herald on Tuesday that Bittel will remain committeeman until a day after the scheduled, Dec. 9 election in Orlando to pick the state party's new chief.

"He intends to resign as committeeman on Dec. 10," Cuba said.

As Miami-Dade committeeman, Bittel holds power over 62 votes in the next chairman election, according to state party rules. That gives him the single largest share of the vote in the state.

Cuba’s announcement made it seem like Bittel was staying on to wield his outside influence on picking his successor. However, Cuba later clarified that Bittel plans to give Cuba his proxy to cast the votes on Miami-Dade Democrats’ behalf.

After some members raised internal concerns about having their views — and not just Bittel’s behind-the-scenes wishes — represented in the proxy vote, Cuba said Miami-Dade Democrats will be able to cast an internal vote for state chair to determine his vote in Orlando.

Bittel was forced to step down over accusations from several women that he leered at them and treated them unprofessionally in the workplace.

The Herald had asked Cuba and the state party Monday if Bittel's resignation as chairman -- effective at 11:59 p.m. Monday -- would include resigning as committeeman. Cuba did not have an answer until Tuesday, when he emailed Miami-Dade DEC members to inform them about Bittel's decision and about turning a planned Dec. 11 holiday party into a regular meeting and county election instead. He later emailed them again noting that Bittel would give Cuba his voting proxy.

Contenders have until 5 p.m. on Dec. 8 to declare their candidacies and be listed on the party ballot.

Posted by Patricia Mazzei on Tuesday, Nov. 21, 2017 at 8:27 AM in Florida Democratic Party, Miami-Dade Politics | Permalink