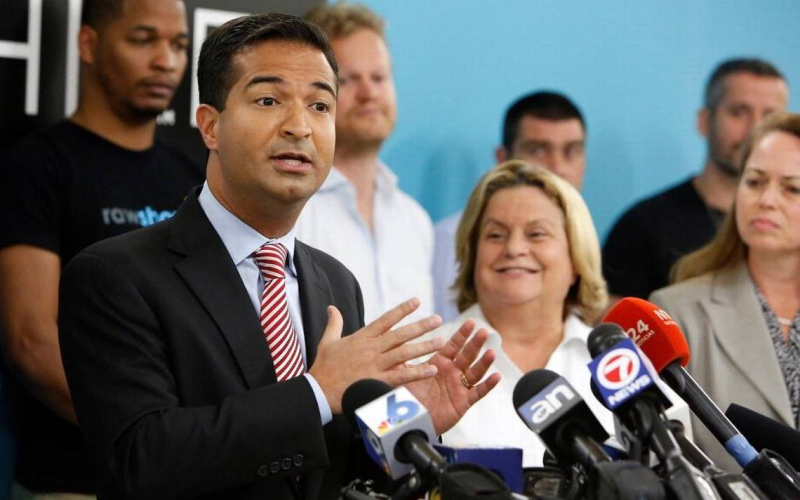 Rep. Carlos Curbelo submitted his formal request to join the Congressional Hispanic Caucus on Monday, the latest development in the Miami Republican's months-long quest to join the group that is currently made up of all Democrats.

Curbelo sent a letter to CHC chairwoman Rep. Michelle Lujan Grisham, D-N.M., on Monday after the caucus asked him to do so 10 days ago.

"I respect that we will sometimes have a difference of opinions on legislative strategies and goals – that is inevitable when working in the world’s greatest deliberative institution," Curbelo said in the letter. "I am very hopeful that the Congressional Hispanic Caucus will send a strong message to the country that it welcomes all Hispanics and that it rejects the petty politics of exclusion and discrimination."

A major hangup for some CHC members over Curbelo's potential inclusion is that he has not cosponsored a version of the Dream Act, though Curbelo has said he will vote in favor of any proposal to help undocumented young people who came to the U.S. as children if such a bill makes it to the House floor.

Curbelo asked to join the caucus early this year but his candidacy was delayed for months. The CHC used to include Republican members but several Florida Republicans walked out years ago over differences on Cuba policy and formed their own group, the Congressional Hispanic Conference. That group is chaired by Rep. Mario Diaz-Balart, R-Miami.

The Congressional Black Caucus is overwhelmingly represented by Democrats, though Utah Republican Rep. Mia Love is a member. Curbelo has said that if he is invited to join, he will not participate in CHC meetings where Democrats discuss partisan political strategy and only participate in meetings that are policy-oriented.

"Carlos is a quality legislator who is always seeking opportunities to reach across the aisle and find common ground on issues like immigration and education," McCarthy said in a statement. "I truly hope the Caucus doesn't send the American people the message that Hispanic Republicans and Independents are not welcome."

“I feel like when people gather in St. Peter’s Square awaiting the smoke to emerge from the Sistine Chapel,” Curbelo said in October, joking as he likened his acceptance to the group to the top-secret selection of a new pope.