« Former DNC chairwoman blasts Wasserman Schultz’s leadership in new book | Main | He’s not up for reelection in 2018, but here’s why Marco Rubio is campaigning hard »

Trump administration to end TPS for Nicaraguans. No decision on Haitians, Salvadorans 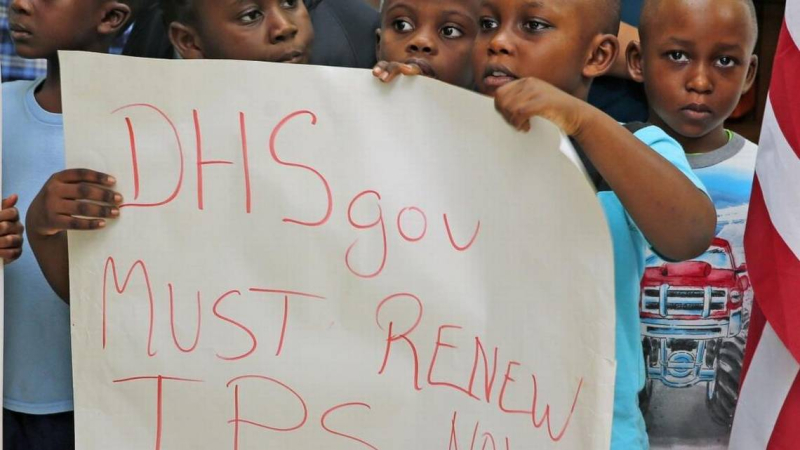 The Trump administration will end a temporary program that allows some Nicaraguans to live and work in the United States, while leaving the door open to canceling the same program for more than 200,000 Haitians and Salvadorans in the coming weeks.

The Department of Homeland Security announced Monday night that about 2,000 Nicaraguans who have Temporary Protected Status must leave or seek another form of legal residency, though those affected will be able to stay until January 5, 2019.

The status had been granted to some Nicaraguans who had fled their homeland after the devastation caused by Hurricane Mitch in 1998.

“Based on all available information, the country conditions in Nicaragua now exceed Hurricane Mitch,” said a senior administration official.

The 1998 hurricane killed more than 2,000 people in Nicaragua and caused over $1 billion in damage.

But the bigger impact will come when the administration makes a final decision on Salvadorans and Haitians’ status. Haitians status is set to expire in January 2018, affecting about 50,000 people, most of them in Florida, while Sanvadorans’ status expires in March 2018, affecting nearly 200,000 people.

Homeland Security officials also announced that Honduras will get a six-month TPS extension, until July 2018, after the program was set to expire in January. Just under 60,000 Hondurans have received TPS.

“We are sad by the news but feel fortunate that we got six months to keep lobbying in Washington,” Portillo said. “Let’s see if we can get Congress to legalize these people who have been in the country for decades, are homeowners and business owners and whose kids were born here.”

A bill proposed last week by Miami Republican Rep. Carlos Curbelo and co-sponsored by other members of South Florida’s congressional delegation would grant TPS recipients from Honduras, Haiti, El Salvador and Nicaragua a path to permanent residency. Only Congress can provide a permanent solution for individuals enrolled in TPS.