« Bill Nelson: 'This is not the way to make complicated tax law' | Main | Rivera hires attorney in FEC case » 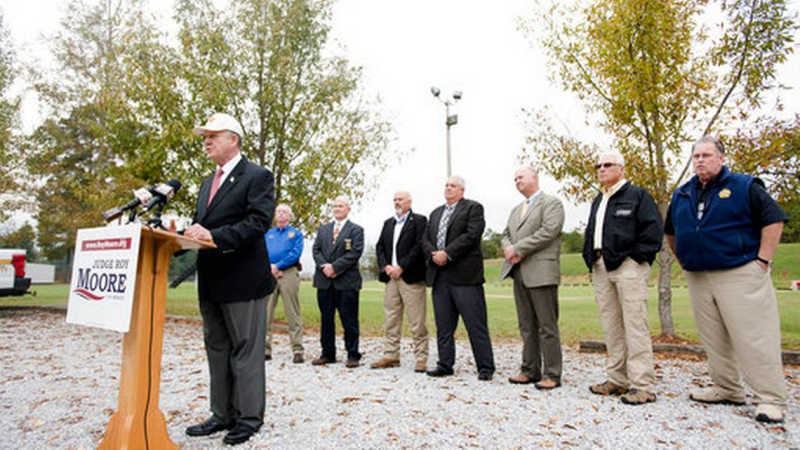 Florida Republican Sen. Marco Rubio said Roy Moore should disqualify himself from running for an Alabama Senate seat if an on-the-record account by a woman who said that Moore had sexual contact with her when she was 14 is true.

The Washington Post reported that Moore had multiple relationships with underage women decades ago, including a relationship with a 14-year-old that began when the young girl's mother let Moore look after her outside a courthouse.

"Today’s report in The Washington Post raises allegations against Mr. Moore that are deeply disturbing and, if true, disqualifying," Rubio said in a statement.

Moore, a fiery Republican former judge who has said that LGBT individuals are unfit to serve in Congress, is the Republican nominee for attorney general Jeff Sessions' former seat after winning a fierce GOP primary earlier this year. The election between Moore and Democrat Doug Jones is just over a month away, meaning Moore's name will still appear on the ballot even if the Alabama GOP revokes the party's endorsement.

Rubio never endorsed Moore after he won the Republican nomination, in contrast to some of his Senate Republican colleagues. His campaign had no plans to speak or raise money on Moore's behalf.

Disavowing Moore could lessen the GOP's advantage in the Senate, which currently stands at 52 Republicans and 48 senators who caucus with Democrats.

Many Republican senators, including Majority Leader Mitch McConnell, called on Moore to step aside if the allegations are true.

Sen. John McCain did not include a qualification about proving truthfulness in his statement.

"The allegations against Roy Moore are deeply disturbing and disqualifying," McCain said. "He should immediately step aside and allow the people of Alabama to elect a candidate they can be proud of."

Florida Democratic Sen. Bill Nelson said he could not comment on the sexual assault allegations against Moore because he hadn't read the story yet.