Payday lenders, with major business before Trump, to hold conference at Trump Doral 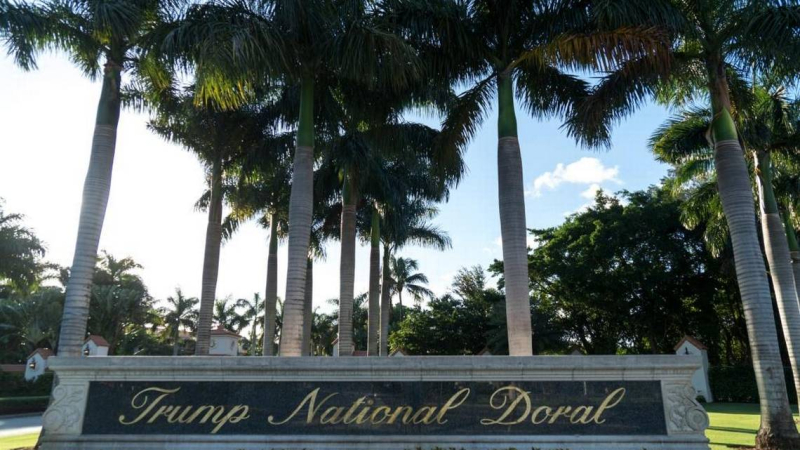 National charities and industry associations are ditching Trump properties like Mar-a-Lago for annual galas and conferences, but at least one association with business before the White House is set to visit Trump National Doral for its annual conference.

Payday loans are a form of high-interest credit usually taken out by low-income people who aren’t able to borrow from traditional banks. Many consumers access the loans online, and critics say the loans can be predatory.

Last month, the Consumer Financial Protection Bureau, a federal agency responsible for consumer protection in the financial sector, finalized a rule that requires payday lenders to determine up front whether people can afford to pay their loans, a decision that was criticized by the Community Financial Services Association of America.

“The CFPB’s misguided rule will only serve to cut off their access to vital credit when they need it the most,” association CEO Dennis Shaul in a statement in October. “The rule is not only misguided, it’s hideously complex for loans of a few hundred dollars.”

The CFPB, established by Congress in the aftermath of the 2008 financial crisis, has long been a target of Republicans, who charge that the agency creates burdensome regulations for industry groups. The CFPB was first proposed by liberal Massachusetts Sen. Elizabeth Warren, which further rankles Republicans.

Florida Sen. Marco Rubio is a co-sponsor of a bill proposed by Texas Sen. Ted Cruz that would eliminate the CFPB.

Diane Standaert, executive vice president for the Center for Responsible Lending, a nonprofit that advocates for stronger regulations on the payday loan industry, said that President Donald Trump and Congress could nullify the new CFPB rule and help the payday loan industry by passing a bill that overturns the rule before the rule goes into full effect about two years from now.

“Payday loans are debt traps by design with interest rates averaging 300 percent,” Standaert said. “These small loans cause big problems for low-income people all across the country.”