« Out of office with only $9K to his name, Miami’s former mayor has ‘no regrets’ | Main | Political Leftovers: Joe Carollo starts his holiday naughty list »

Raquel Regalado bows out of Republican primary for Ros-Lehtinen seat 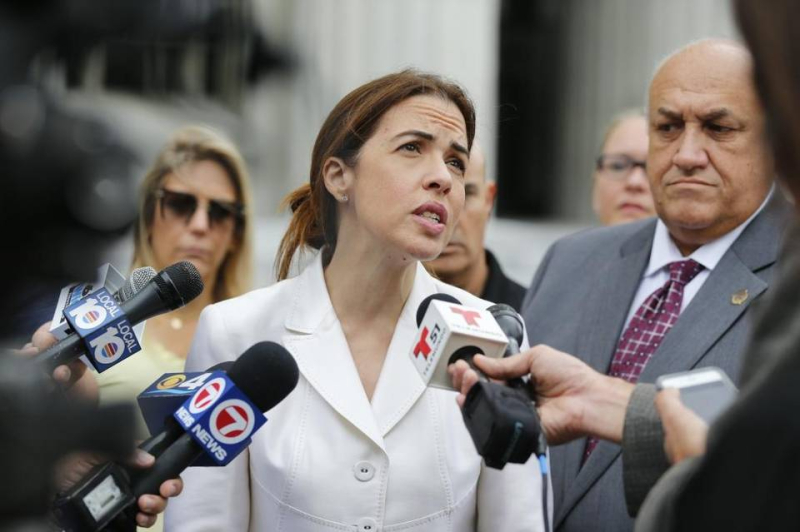 Once considered a strong candidate to replace the retiring Ileana Ros-Lehtinen a congressional seat sought heavily by Miami Democrats, former school board member Raquel Regalado is dropping out of the Republican primary for Florida’s 27th district.

Regalado announced her decision to bow out of the race in a letter Wednesday to the Miami Herald Editorial Board, saying she was disenchanted with the “ineffective and circus-like” atmosphere around the highly polarized federal government. She said she will “continue to fight for our community, especially for the most vulnerable among us. But for now I will do so as a private citizen.”

“I refuse to compromise my values and beliefs; I refuse to accept disrespect, intolerance and vulgarity as our new norm and I refuse to be part of this two-party pantomime,” Regalado wrote. “I am and will remain a moderate voice.”

Though she described her decision as one based on beliefs and principles, Regalado had struggled the last several months to raise money. She reported raising only $15,000 through the end of September, which she attributed to Hurricane Irma. And her ability to raise money — which she displayed during a failed bid for Miami-Dade mayor last year — likely only diminished this month with her father, Tomás Regalado, leaving office as mayor of Miami and her brother, Tommy Regalado, failing to win a seat on the Miami City Commission.