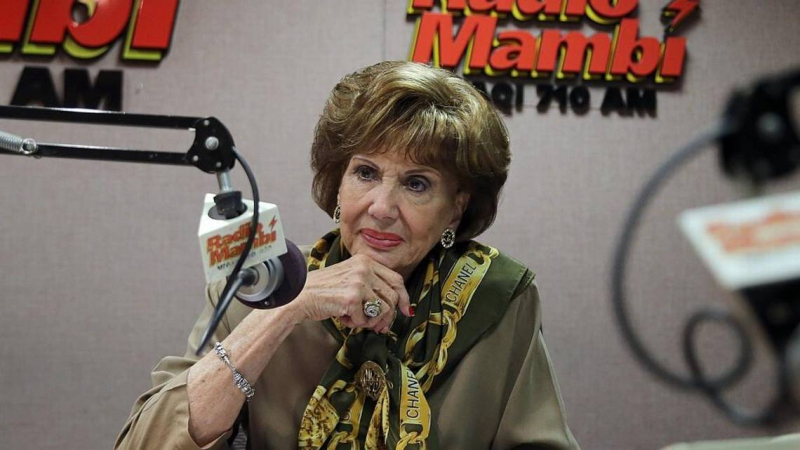 A shakeup at Radio Mambí, Miami’s leading Cuban-exile station, has resulted in the ouster of a well-known morning drive-time host and a shortened schedule for a late-night host who has been on the air for more than half a century.

Bernadette Pardo will no longer host her longstanding “Pedaleando con Bernie” (Pedaling with Bernie) local-news talk program on the station, whose call letters are WAQI-AM (710). Pardo was laid off Thursday shortly after the day’s program ended. Her termination was effective immediately, so she was unable to get behind the microphone Friday to bid her listeners goodbye.

“It was very shocking,” Pardo, an el Nuevo Herald columnist, told the Miami Herald when a reporter called to confirm her layoff. “I’ve been there for 30 years, and we were doing fine in the ratings.”

Also affected by the cutbacks: Martha Flores, host of the nightly program “La Noche y Usted” (The Night and You). Known as the “Queen of the Night,” Flores, a radio veteran of more than 50 years, will continue on air, but for fewer hours, said Rosemary Ravinal, a Univision spokeswoman who called Flores a “legend.”

Ravinal said the changes were part of a “minor restructuring” of Univision’s Spanish-language radio network. Fewer than 20 people from Univision stations across the country were affected, she said.