« After Irma, what happened to all those price gouging complaints? | Main | Scott, Rubio, Bush, Corcoran … What top Florida Republicans say about Roy Moore »

Florida Dem accused of sexual harassment gets support from Congress 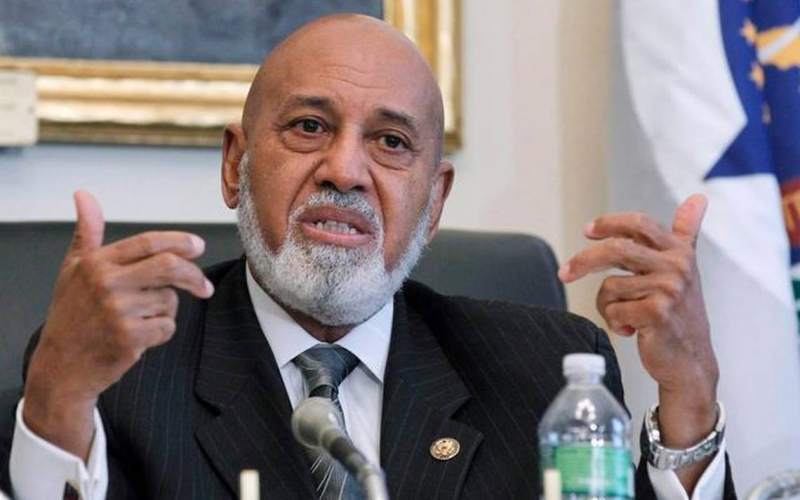 Capitol Hill news outlet Roll Call reported on Friday that a woman who accused Hastings of unwanted touching and lewd remarks in 2011 received a $220,000 taxpayer-funded settlement, the largest amount reported since a wave of sexual harassment allegations began sweeping through Congress.

The 81-year-old Hastings denies the allegations and said he had no previous knowledge that taxpayer funds were paid out to Winsome Packer, a congressional staffer who worked for a commission that studies security and cooperation in Europe. Court documents show that he was removed from the sexual harassment lawsuit in 2012. Packer continued the lawsuit against the commission after Hastings was removed, and the payment was made in 2014, according to Roll Call.

“I am outraged that any taxpayer dollars were needlessly paid to Ms. Packer,” Hastings said in a statement. “At no time was I consulted, nor did I know until after the fact that such a settlement was made.”

Hastings, who lives in Miramar and represents majority African-American neighborhoods in Fort Lauderdale and West Palm Beach, has been a magnet for controversy throughout his four decades in public office, and he has survived every time.

Hastings was stripped of his federal judgeship in 1989 after he was impeached and convicted of bribery and perjury, but successfully ran for Congress in 1992. His longtime girlfriend who works at his district office in Florida received the $168,411 maximum congressional salary for years. And the 2011 sexual harassment lawsuit filed by Packer and funded by conservative watchdog group Judicial Watch was rife with tabloid fodder and embarrassing anecdotes.

But Hastings has been reelected with ease every two years.

“If there is someone in the United States House of Representatives who can survive this, it’s Alcee Hastings,” said Miami Republican Rep. Ileana Ros-Lehtinen. “My goodness, he’s been impeached by this body. Alcee Hastings, God bless him, he doesn’t care about...news cycles.”