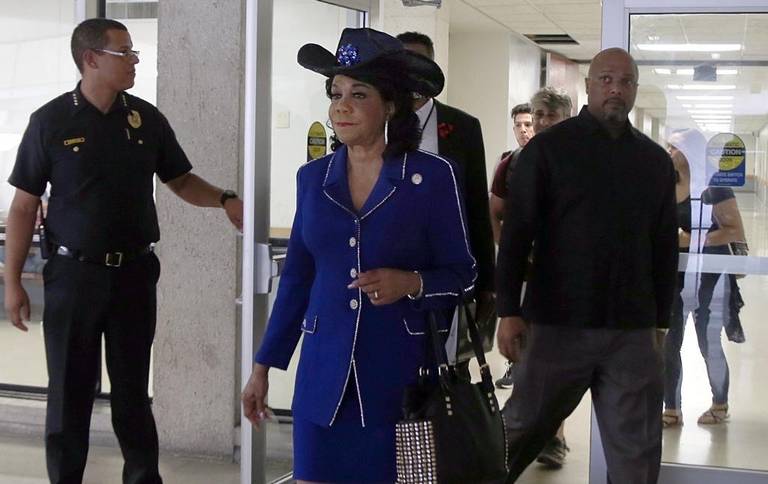 Miami Gardens Rep. Frederica Wilson, who had endured days of criticism and false attacks from President Donald Trump and White House chief of staff John Kelly after she criticized the president's choice of words to the widow of Sgt. La David Johnson, was one of 58 House Democrats to buck leadership and vote for moving forward on a motion to impeach Trump on Wednesday.

The impeachment motion offered by Texas Democratic Rep. Al Green was expected to fail, though nearly a third of House Democrats voted in favor of Green's proposal despite House minority leader Nancy Pelosi and minority whip Steny Hoyer urging their members not to vote in favor of moving forward with it.

Green defended Wilson during an October floor speech that morphed from a defense of Wilson into justification for moving forward on impeachment.

"I rise today to defend the honorable Frederica Wilson," Green said. "I do so because in this country, we have allowed public discourse to be degraded to the extent that the president of the United States of America would call a member of congress – an honorable woman – wacky. This is not a wacky person, this is a person of honor and integrity and of intellect. There are those who say wait until the next election – I am not one of them. I believe that the remedy for this kind of behavior and the impact that it is having on society is impeachment."

Rep. Alcee Hastings, D-Miramar, who was impeached by the House and convicted by the Senate in 1989, also voted in favor of moving forward on impeachment.