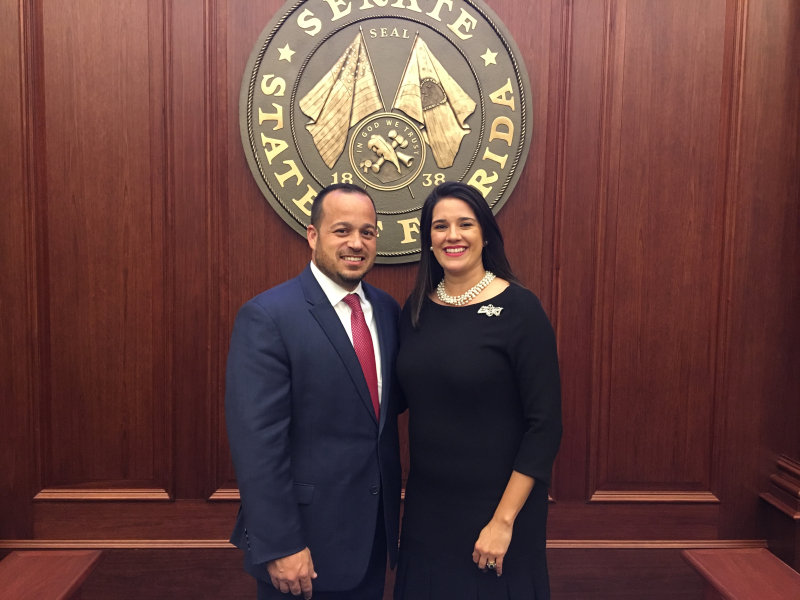 Esteban "Steven" Ferreiro, Jr., a South Florida lobbyist, political consultant and public relations representative, says he's severing ties with clients in and around the city of Miami as he takes a job as chief of staff for new District 4 Commissioner Manolo Reyes.

Ferreiro, 41, has been unofficially working as a staffer for Reyes -- sworn into office Nov. 15 -- since Reyes was elected in early November. Ferreiro announced Tuesday that he will officially become Reyes' $110,000-a-year chief of staff on Dec. 15.

But first, he said he's eliminating any potential conflicts by dropping some clients and filing paperwork related to his consulting firm, PR Concepts.

"I'm shutting down the consulting within the city of Miami and municipalities that abut or have any interest in the city of Miami," said Ferreiro, who according to available lobbyist logs is not currently registered with the city to lobby for any clients. "I am keeping the political consulting portion for campaigns. But they won't be city campaigns. They'll be unincorporated and state campaigns."

Once a transition aide to former Miami Mayor Manny Diaz, and an aide to County Commissioner Rebeca Sosa before that, Ferreiro hasn't worked inside government for years. His firm has represented Lennar and Wynne Building Corp before the county, and provided political consulting services to State Sen. Anitere Flores, former state Rep. David Rivera, and former County Commissioner Juan Zapata, among others.

Ferreiro said he's complying with a city policy that requires employees to disclose outside employment, and would do any consulting work "after hours and on weekends." He declined to name the clients he is dropping.

Ferreiro said he's excited about working with Reyes, a 73-year-old friend and mentor who relied on his new chief of staff's political expertise during his successful commission campaign. Ferreiro said he and Reyes are close, and that the commissioner has helped him over the last week as he deals with the death of his father, Esteban Ferreiro, Sr., who died Thursday at the age of 79.

"I think I'm a key person who can keep Manolo on track. He has a two-year term and reelection. He's a personal friend, like a father to me," said Ferreiro. "He showed that this week."

In a statement released by Ferreiro, Reyes said he's "delighted" to work with his new chief of staff.

"I have known Esteban for many years and can personally attest to his significant experience in governmental affairs, his unwavering commitment and dedication to public service, and his unquestionable integrity," Reyes said. "I am confident that with his leadership by my side, I will be able to provide the residents of District 4 with the highest quality in public service that they have come to expect and deserve."