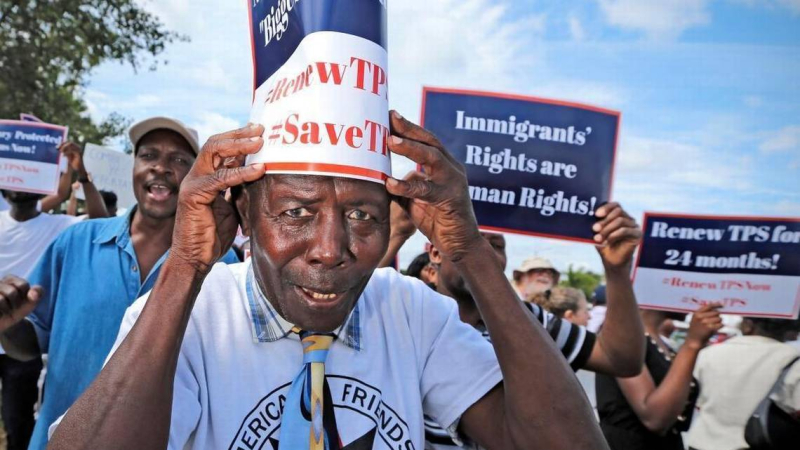 The federal government should reinstate special deportation protections for more than 300,000 Haitians and Central Americans living in the U.S. and extend those same privileges to Venezuelans, Miami's mayor and city commissioners said Thursday.

By a unanimous vote, city commissioners urged Congress and President Donald Trump to extend Temporary Protected Status, or TPS, for Haitians, Salvadorans, Hondurans and Nicaraguans living in the country.

The designation allows nationals from countries facing civil strife or major natural disasters who are already in the United States to temporarily remain and work here. But President Donald Trump has repeatedly pledged to impose tighter immigration controls, with many of his supporters saying the program has been abused and needs a permanent fix.

Haitians learned last month that they'll lose TPS in July of 2019, at which point they will return to whatever immigration status they previously held, leaving them facing possible detention and deportation if they stay in the country illegally. Nicaraguans will lose TPS in January 2019. Hondurans' status expires in July. Salvadorans have until March.

"This is a city of immigrants. We are immigrants, or the product of immigrants," said Mayor Francis Suarez, who was born in the U.S. but born to parents who fled Cuba. "I've always felt a sense of injustice of the unequal treatment of immigrants in this country and certainly in this city."