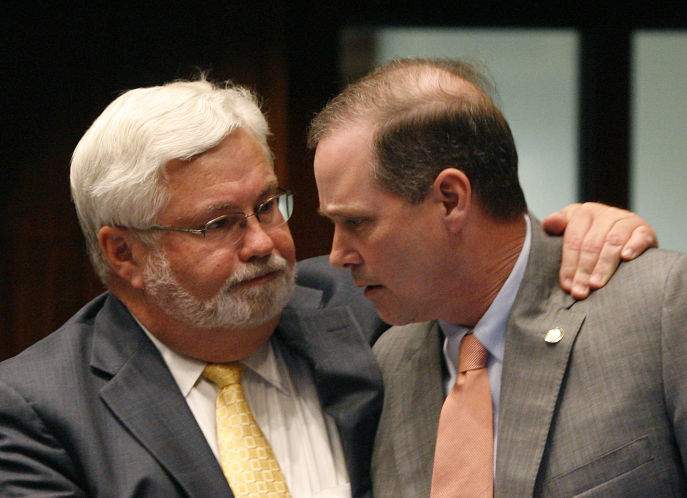 Here is his statement:

Rachel has been a trusted and valued member of my team for more than five years. Her tireless work ethic has served the people of my district and the state of Florida well. The incidents alleged in the media are disgusting. Since mid-last week there has been a smear campaign launched against Rachel. It must end immediately.
Senate Rules, Florida Statutes and federal law guarantee confidentiality in these matters. This is not a political campaign; it is about the safety and security of someone coming forward with serious allegations. If we do not protect those who speak out, we will silence other potential victims who deserve justice.
President Negron has two ongoing investigations that should be concluded in the near future. Out of respect for those who have or may come forward, and in adherence to the Senate Rules and the law, all intimidation tactics must cease.
The Capitol must be the premier example of a workplace that is free from harassment and filled with a sense of security and safety.