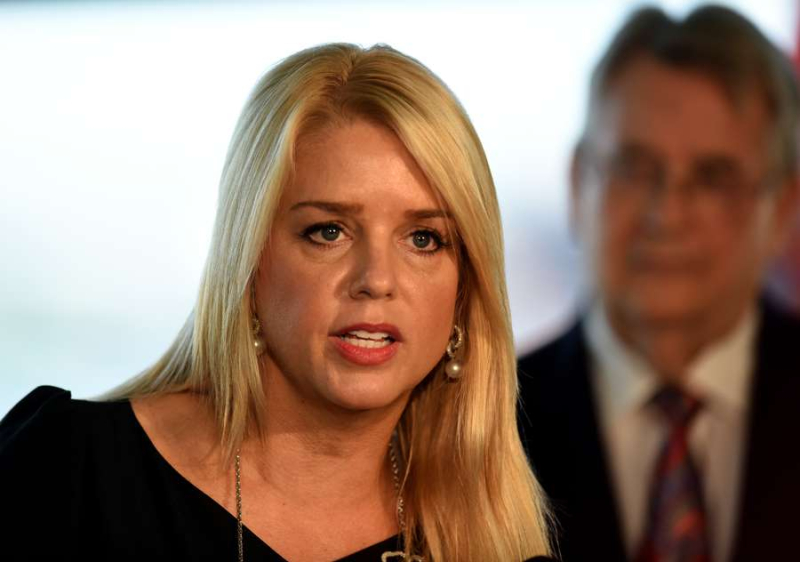 Florida officials are meeting with a federal judge in Ohio in a few weeks to try to reach a settlement with the drug manufacturers and distributors who helped create America's opioid crisis, Florida Attorney General Pam Bondi said Thursday.

Bondi said she's sending her chief deputy to a Jan. 31 hearing in Cleveland before U.S. District Judge Dan Polster, who is overseeing more than 200 lawsuits filed by states, cities, counties and individuals against the drug companies.

"Am I optimistic we’re going to resolve it that day? No," Bondi said. "And if we’re not, we’re prepared to go to litigation."

She said her office was also hiring outside counsel to represent Florida, which has not yet filed a lawsuit against the manufacturers.

"I feel it’s in their (the drug companies') best interests to attempt to resolve it as early as possible and at least correct their conduct," she said. "And then we’ll go back and get all the money that they owe these people."

Bondi, who led the crackdown on pill mills that inadvertently led to the heroin crisis, has been a proponent of expanding treatment for addicts. But she has not filed a lawsuit against the manufacturers, distributors and doctors who helped create the crisis, and cities like Delray Beach and some counties have started to pursue legal action on their own.

Instead of filing a lawsuit, like attorneys general in Ohio and other states have done, she joined 40 other states in an investigation into the drug companies last year. She would not answer questions Thursday about whether the companies have complied with the investigators' subpoenas.

However, despite not filing a lawsuit, Florida could end up getting money from a settlement that comes out of Polston's courtroom.

The judge has been pushing for plaintiffs and drug companies to reach a settlement, and earlier this month he invited the members of the multi-state investigation to attend the Jan. 31 hearing.

Bondi on Thursday called the drug companies' actions over the last two decades "outrageous" and said, "I'm over them."

"It’s about time they all step up to the plate and admit what they’ve been doing, and we won’t back down on that," she said.