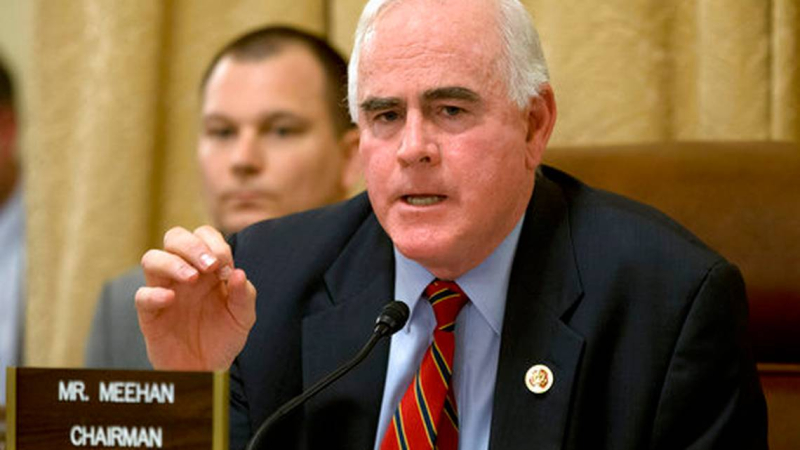 Miami Republican Rep. Carlos Curbelo will donate a portion of at least $6,000 in campaign contributions from a Republican lawmaker who is drawing national attention after using taxpayer funds to settle a sexual harassment case and referring to the former aide who accused him of harassment as his "soul mate."

"For years, Congressman Curbelo has received thousands of dollars in campaign cash from Congressman Pat Meehan, who covered up his own history of sexual harassment with our tax dollars,” said Mucarsel-Powell campaign manager Madalyn Blackburn in a statement. “Curbelo’s silence on his colleague’s abuse of power, and his failure to rid himself of this tainted money, raise serious questions about the ethical standards Curbelo holds himself to when his contributors are involved.”

A Curbelo staffer said Thursday he plans to return the funds from the 2018 cycle to a women's organization in South Florida.

Meehan was removed from the House Ethics Committee, a panel that investigates sexual harassment complaints on Capitol Hill, after the New York Times reported that he used taxpayer funds to settle his own harassment case. Meehan then went public, producing a letter to his former aide that thanked God “for putting you into my life." The former aide accused Meehan of retaliating against her after she started dating someone else. Meehan says he's running for reelection and denies harassing the aide, though he did refer to her as his "soul mate" at one point.

A slew of lawmakers nationwide, including Democratic Sen. Al Franken and and Republican Florida state Sen. Jack Latvala, have resigned in recent months after various allegations of sexual harassment.