Drug report critical in fighting opioid epidemic. But has Rick Scott read it? 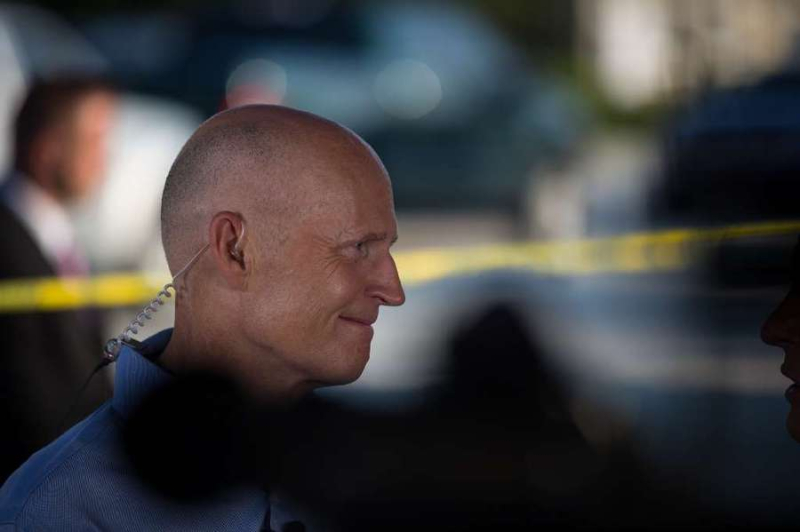 Florida’s Drug Policy Advisory Council is a hodgepodge of state government appointees, but they’re the closest Florida has to a coordinated response to the growing opioid epidemic.

So the panel was mystified Thursday why their annual reportoutlining clear steps to fight the opioid crisis – including reviving the Office of Drug Control – hasn’t received more attention from Gov. Rick Scott and legislators.

“My question would be to all of us, ‘Who is going to deliver that message to the governor?'” said Peggy Sapp, the president and CEO of the nonprofit Informed Families and a Scott appointee. “The Surgeon General talking directly to the governor about the report is a very important step.”

But who – if anyone – briefed the governor about the report has been a question without an answer.

Nobody at Thursday’s meeting could answer the question. And representatives of the Department of Health and the governor’s office either could not, or would not, answer it, either.

“Gov. Scott has been personally involved in developing ways to fight this issue,” spokeswoman Lauren Schenone wrote when asked who briefed the governor on the report. “He is also regularly briefed by his agency heads and staff on the opioid epidemic.”

In its Dec. 1 report, the drug council recommend more than a dozen steps for fighting the opioid crisis, including adopting needle exchange programs throughout the state and expanding access to a prescription drug database.

Some of the recommendations are in Scott’s $53 million opioid package, including the changes to the drug database.

But it was the council's first recommendation – to bring back the Office of Drug Control – that Sapp and others feel is the most important.

“I think we need that authority, that power, to get things done,” Sapp said after the meeting.

The office was created by Gov. Jeb Bush in 1999 to coordinate the state's drug fight, including finding funding for the prescription drug database.

But Scott eliminated it in 2011, at the height of the pill mill crisis and at the beginning of the heroin epidemic. The $500,000 four-person team was just 0.0007 percent of the state's $69 billion budget.

Schenone said that while the office no longer exists, "its functions are integrated in our state agencies. Therefore, its mission is still being accomplished in state government."

The office's duties were given to the Department of Health, but Sapp feels that having a unit in the governor's office dedicated solely to the crisis is crucial.

“Communication is never easy, especially when you’re dealing with big complex problems, and the closer you can get to a direct line to the governor’s ear, the better,” Sapp said.

Other states – and even some mayors – have created such offices, including West Virginia last year.

Scott has not taken a stance on the subject. A spokeswoman has said he "will review any legislation that makes it to his desk." There are several bills that would create the office.

Sapp said she wants to see Scott take a leadership role like he did during Hurricane Irma last year.

“He did a great job with that last hurricane,” Sapp said. “When he took command of all of that, wow. He coordinated national and local and state resources, and this is what is required for the drug problem.”