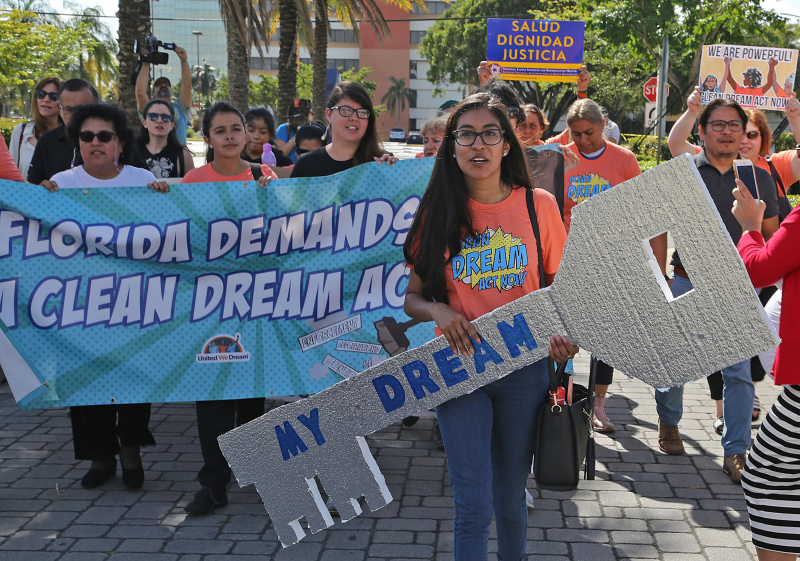 House Republican leaders are moving ahead to see whether there’s support within the ranks for a hardline conservative immigration bill with less than six weeks remaining until thousands of undocumented immigrants who came to the U.S. as young children could face deportation.

According to an invitation obtained by the Miami Herald, the office of House Majority Whip Steve Scalise, R-La., will host a staff briefing Thursday afternoon to educate aides about immigration legislation sponsored by House Judiciary Committee Chairman Bob Goodlatte, R-Va.

A Scalise aide said that the meeting was routine.

“It’s the same process we would follow on any big issue, bringing in staff and members to learn about what’s being proposed and provide input,” the aide said. “In this case, Judiciary and Homeland Security [Committee] staff will be on hand to answer questions and hear concerns.”

Privately, some members are concerned that Thursday’s meeting is a “tacit nudge” in favor of the bill from leadership to rank-and-file members.

But the briefing is also in keeping with a commitment House GOP leaders made to members of the conservative House Freedom Caucus. They promised the roughly three-dozen members of the contingent that in exchange for voting to avert a government shutdown, they would take measures to determine whether the so-called “Goodlatte bill” could be brought to the House floor and pass with 218 Republican votes.

It also would provide a three-year renewable status for current recipients of the Deferred Action for Childhood Arrivals program instead of providing a path to permanent residency or citizenship. That’s a major nonstarter for Democrats and even many Republicans who are seeking permanent protection for so-called “Dreamers,” the young immigrants brought to the country illegally as young children by their parents.