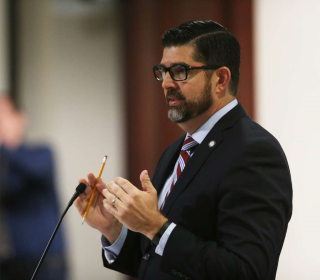 The long slog of passing a state budget has begun, and Tuesday the House PreK-12 Appropriations Subcommittee made the first move to shape next year’s school funding by proposing $100 more per student statewide.

Gov. Rick Scott has suggested a similar increase, relying on increased property values to fund the boost. But the House would instead adjust the pool of properties that are taxed to include the value of new construction.

Tomorrow, the parallel Senate committee is expected to discuss its budget, and both will eventually have to be passed by each chamber and then negotiated before reaching the governor's desk — meaning nearly everything is subject to change.

Last year, the legislature had to meet in a special session to settle education funding, something lawmakers are now hoping to avoid.

Tuesday's House committee also passed a bill that would eliminate the requirement that the 300 lowest-performing schools use their extra state funding to add an extra hour of reading instruction per day.

This could lead to a fight in the Senate where the provision has been fought for and well-regarded.