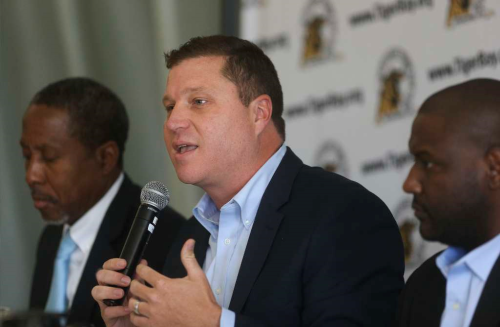 A small press conference held by academics and think tanks outside the Florida Senate on Tuesday may not have garnered much fanfare or controversy, but it was another reminder of the momentum criminal justice reform could have in the 2018 legislative session.

The speakers highlighted a new report, Reforming Criminal Justice, that was put together by more than 120 scholars and university professors nationwide, including one from Florida State University. The multi-volume work calls for re-examination of scores of hot button criminal justice issues, some of which have already come up in committee meetings in the legislature, like minimum sentencing and supervised release as an alternative to cash bail bonds.

The event was kicked off with comments from Vikrant Reddy, a senior research fellow at the Charles Koch Institute. The institute helped finance the report, as criminal justice reform has been a key issue for libertarian-minded conservatives who see the criminal justice system as overly expensive and ineffective at rehabilitating offenders.

Sen. Jeff Brandes, R-St. Petersburg, was one of the lawmakers at the event and said this year he sees a potential for bipartisan change that he hasn’t seen before.

“I think you’re going to see us reach consensus on a variety of topics in areas that just a few years ago we would’ve felt not within reach of this Legislature,” he said. “I think what you’re seeing is a discussion taking place between the chambers right now that is of a different tone and tenor that is really looking forward to finding positive outcomes … and moving legislation forward.”