Myriad of criminal justice reforms on the table for 2018 session 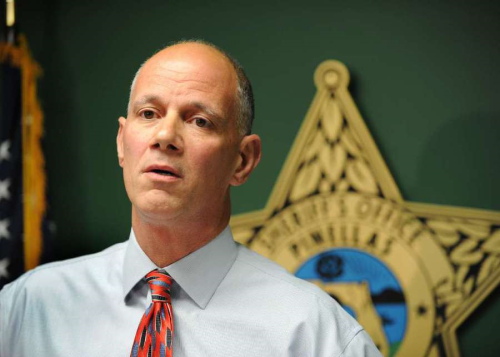 The first day of session was jam-packed for the Florida Senate Committee on Criminal Justice, which passed several reform bills Tuesday with support from civil rights groups and mixed reactions from law enforcement.

Bills that were approved by the committee include measures to ease sentences for theft convictions for items worth less than $1,500, create an additional type of conditional release for inmates with "debilitating illnesses" and grant legal immunity to those who call emergency services in overdose situations.

The committee also voted to advance a bill designed to close a "loophole" in statute that requires internet providers to alert their customers when they have been subpoenaed for child pornography on that person's computer, potentially giving them time to destroy evidence or even harm the children involved.

"This bill will literally save the lives of children," said a lieutenant from Brevard County Sheriff's Office who spoke during the meeting.

Many of the bills passed Tuesday were sponsored by the chairman of the committee, Sen. Randolph Bracy, D-Orlando.

While not yet holding a vote, he also foreshadowed one of his other bills by having multiple speakers, including Pinellas County Sheriff Bob Gualtieri, speak about supervised bail programs, like the ones used in Pinellas County since 2014. These programs, now used in several other states, provide alternatives to traditional bail bonds, which can trap the poor in jail and unnecessarily fill jails with people who would show up for their court dates regardless, the speakers said.

In contrast to Gualtieri, the Florida Smart Justice Alliance, a conservative criminal justice reform group that represents law enforcement in several red parts of the state, declared their opposition to several of these proposals.

"Every sheriff in the state doesn't agree with what Sheriff Gualtieri is doing," said Barney Bishop, CEO of the group. "It's a progressive idea … let's pilot this where sheriffs want to do it, let's not force it on a sheriff."