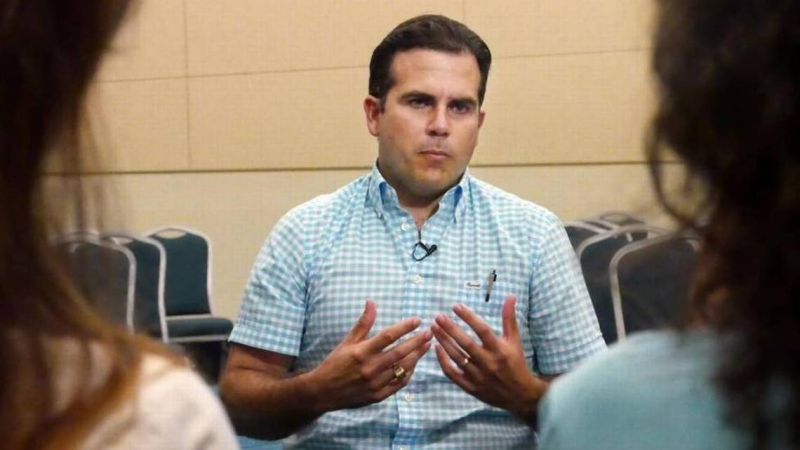 Puerto Rico Gov. Ricardo Rosselló and a host of current and former officeholders are using newfound attention after the U.S. territory suffered a direct hit by Hurricane Maria to push for their biggest political priority: statehood.

Rosselló and Resident Commissioner Jenniffer González are using a 2017 plebiscite where a small portion of the electorate voted overwhelmingly for statehood as justification for Washington to listen. The pair appeared with a group of current and former political leaders in Puerto Rico who will act as four symbolic "shadow" U.S. Representatives and two shadow U.S. Senators. The group will meet with members of Congress and their staffs to demand statehood.

"If we were an island of 3.5 million Irishmen, we would have been a state long ago," said Carlos Romero Barceló, a shadow U.S. Senator who served as governor of Puerto Rico from 1977 to 1985.

Baseball Hall of Famer Iván "Pudge" Rodríguez is also serving as a shadow U.S. Representative, but was absent on Wednesday due to a scheduling conflict.

The effort by Rosselló and the New Progressive Party leadership is mostly symbolic but it does have precedent. Tennessee sent a shadow congressional delegation to Washington to demand recognition as a state and succeeded in 1796. Alaska carried out a similar plan in the 1950s.

Puerto Rico's ongoing debt crisis, significant hurricane damage and complicated tax status are all barriers to statehood, and statehood doesn't appear to be a top priority for either party in Congress, though both Republicans and Democrats have signaled support for statehood in the past.

"It is our moral imperative to demand Congress recognize 3.4 million disenfranchised Americans," Rosselló said. "It is time to end Puerto Ricans' second-class citizenship, and statehood is the only guarantee for that to happen."

Rosselló has said he will put political pressure on those "who turned their back" on Puerto Rico during the hurricane recovery process and discussions on the tax bill, and thousands of Puerto Ricans have settled in Florida since Hurricane Maria struck the island.