« With one year to go, numbers sum up Rick Scott’s governing legacy | Main | How will Florida’s marijuana industry be affected by the change in federal policies? » 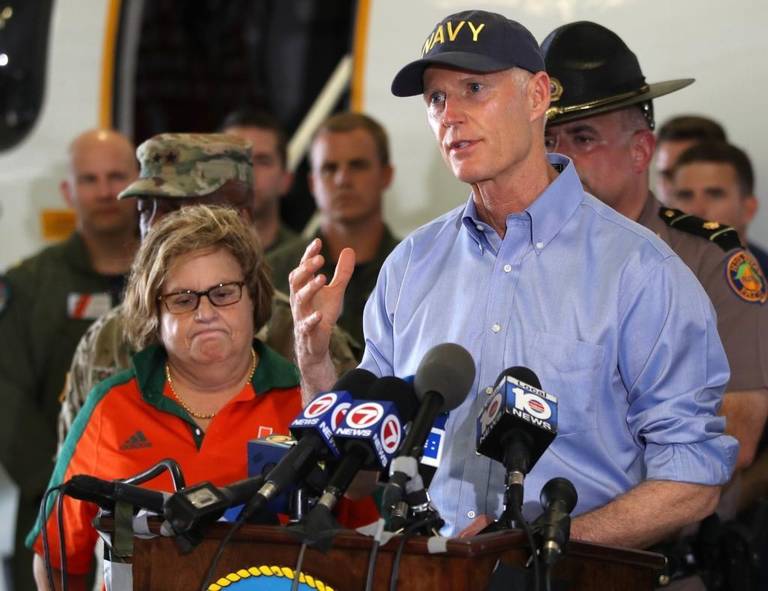 Florida Gov. Rick Scott said Thursday that he opposes a planned measure by the Interior Department that would potentially open up Florida for offshore drilling, putting him in agreement with Democratic Sen. Bill Nelson. Scott is likely to run against Nelson, a longtime opponent of offshore oil drilling, in 2018.

“Based on media reports, it is likely that the Department of the Interior will consider Florida as a potential state for offshore oil drilling – which is something I oppose in Florida," Scott said in a statement. "I have already asked to immediately meet with Secretary (Ryan) Zinke to discuss the concerns I have with this plan and the crucial need to remove Florida from consideration. My top priority is to ensure that Florida’s natural resources are protected, which is why I proposed $1.7 billion for the environment in this year’s budget."

Scott, an ally of President Donald Trump, was largely silent on opening up Florida for offshore oil drilling during his tenure in Tallahassee, an idea opposed by many Florida Democrats and Republicans in Congress.

Nelson vehemently opposed the Interior Department's plan, which is expected to be officially announced later on Thursday, during a speech on the Senate floor on Wednesday. He argued that loosening regulations and expanding drilling could lead to more environmentally destructive oil spills in the Gulf of Mexico.