« Out front or out of sight, Rubio takes Miami heat for immigration work | Main | Rubio fires chief of staff for improper relations with lower level employees » 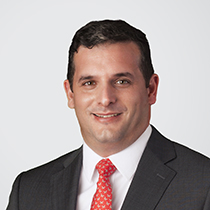 A Miami area Democrat running for a State House said Saturday that he's restructured his campaign team after his organization sent out an email telling voters that his campaign manager was a twice-convicted former congressional chief of staff.

Through a campaign press release, Javier Fernandez said Raul Martinez Jr. has been replaced as the campaign's strategist by Fernando Diez. His team now says Jeffrey Garcia, who did jail time and was temporarily barred from campaigns after pleading guilty to improperly ordering absentee ballots on behalf of unknowing voters, no longer has any relationship with Fernandez's candidacy.

As recently as last week, Fernandez had acknowledged that Garcia was advising his campaign, but said the relationship was informal and unpaid. When a campaign email went out Friday identifying Garcia as his campaign manager, Fernandez said the information was inaccurate and had been distributed without his knowledge.

"After further review of the activities that led to the release of the unapproved email communication, I have made a decision to make changes on how my campaign will operate," Fernandez said in a statement.

Fernandez is running for the Miami-area District 114 state House seat vacated by Democrat Daisy Baez last year after she committed perjury on a voters registration form while trying to hide the fact that she lived outside the district she was elected to represent.

A special election has been scheduled for May. A Republican primary is set for Feb. 20. Fernandez has no primary opponent.

This article has been updated to correct information about Campbell's role with the campaign.