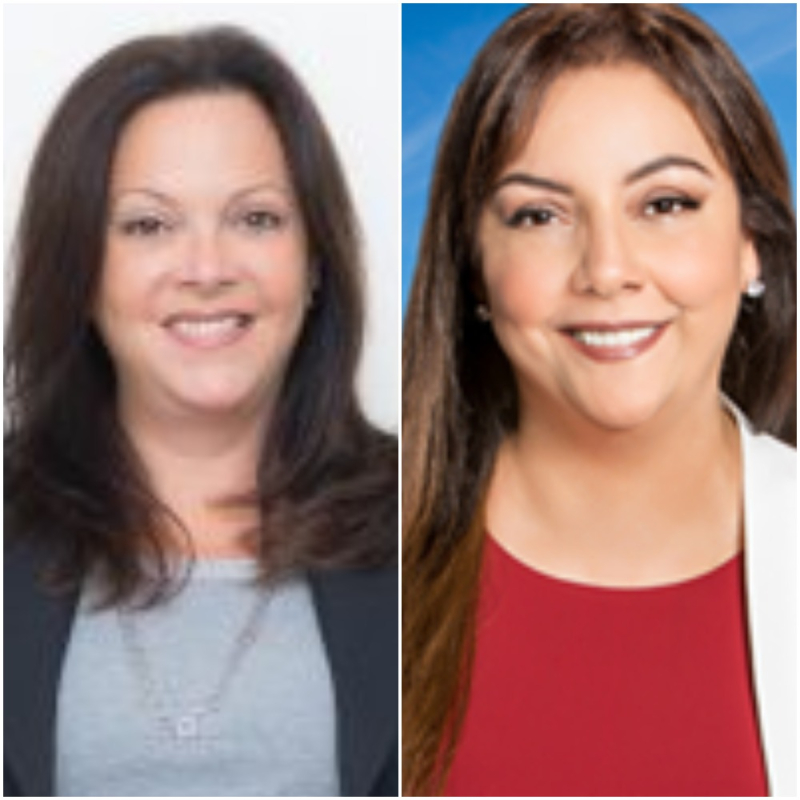 Angie Chirino and Ariadna Balaguer are political novices running for Congress, but their names may sound familiar to some in South Florida.

That’s because Chirino is the daughter of Miami singer and songwriter Willy Chirino, while Balaguer’s father was Joaquín Balaguer, the longtime president of the Dominican Republic from 1966 to 1978 and 1986 to 1996.

Both women have officially entered to run as Republicans for retiring Rep. Ileana Ros-Lehtinen’s seat, according to recently filed Federal Election Commission records, though neither has announced any fundraising totals. Miami-Dade County Commissioner Bruno Barreiro is the only announced GOP candidate with enough cash to run a viable campaign so far.

Balaguer, who holds two Ph.D. degrees in metabolic medicine and alternative therapies, works at a Sunny Isles Beach medical clinic that focuses on “integrative medical treatments” like an intravenous nutrient mixture called a Myers’ Cocktail that helps cure the side effects of a hangover. She was not immediately available for an interview.

Balaguer maintained a relatively low public profile, living and attending school in Florida, despite her famous father, who passed away in 2002.

Her father was a U.S. ally while leading the Dominican Republic, though he was criticized for manipulating elections and spending large sums on public works projects while many of his constituents were mired in poverty.

“He is not afraid to rule with iron will in the fashion of the old-style caudillo,” noted a 1994 Miami Herald article detailing an appearance by President Bill Clinton and Joaquín Balaguer at Vizcaya. “Balaguer's political legacy includes a dedication to huge public works projects, often at the expense of social welfare programs. It is a legacy that may always be tainted by charges that he won elections by vote-tampering.”

Chirino, a songwriter herself who also works as a donor-relations manager with the Voices of Children Foundation, declined to be interviewed through an inquiry with her campaign manager, as she plans to make a campaign announcement on January 18 at Versailles Restaurant.

Willy Chirino hinted at her daughter’s candidacy on Facebook earlier this week without explicitly naming her, and Ros-Lehtinen recently tweeted a photo of her and Willy Chirino at a Hair Cuttery.

Ros-Lehtinen’s open seat, which includes Miami Beach, downtown Miami and Little Havana, is considered a prime pick-up opportunity for Democrats this fall after Hillary Clinton defeated Donald Trump by more than 19 percentage points in the district. The margin of victory was Clinton’s largest in a district currently held by Republican. Multiple Republicans have expressed doubts that the GOP can keep the seat as Democrats are hoping to take control of the House in 2018.