Will Donna Shalala run for Congress? She's not saying. 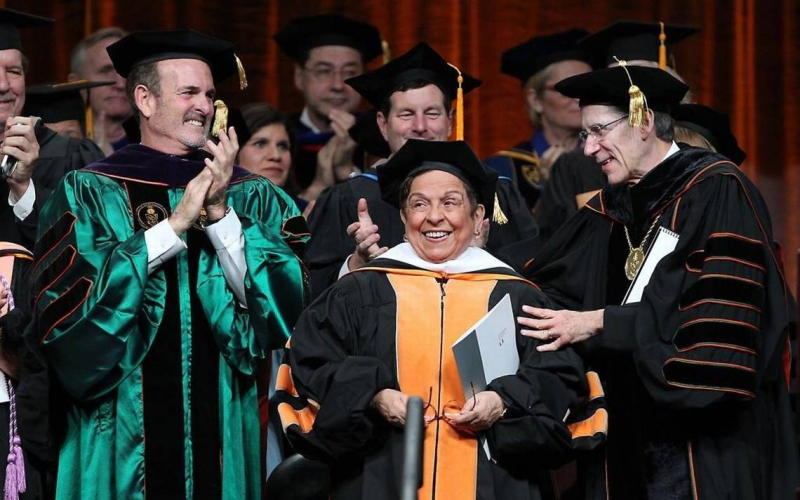 With just about every Democrat in Miami raising their hand to run for Ileana Ros-Lehtinen's seat in Congress, one big rumored name is for now staying mum.

Donna Shalala, former University of Miami president and Clinton Foundation head, has been floated recently as a potential candidate for the coastal Miami district, which Democrats are eager to flip from red to blue in November. As the Miami Herald noted Friday, a firm has been polling her name in Florida's 27th Congressional district, which covers eastern Miami-Dade from Miami Beach down into Homestead and stretches west into Kendall.

Shalala did not respond to a voice mail and text message Monday evening (but she liked a reporter's tweet about the poll.)

Someone is polling @DonnaShalala in the District 27 congressional race in Miami....

Politico Florida reported Tuesday morning that Shalala "might be eyeing a bid" for Ros-Lehtinen's seat.

Shalala, who turns 77 next month, would instantly change the dynamics of the race should she run. A political consultant for a different candidate in the race said Monday evening that her candidacy would be a "game-changer."

Shalala enters with a proven fundraising track record, having overseen a fundraising campaign at the university that topped $3 billion. She also served for roughly two years as the unpaid head of the Clinton Foundation, before leaving in 2017 to return as a tenured professor to the University of Miami, where she has an endowed chair.

Her time at the helm of the university was widely celebrated when she stepped down in 2015.

She isn't flawless. Her 14-year tenure at the University of Miami included an athletics department scandal involving former University of Miami booster Nevin Shapiro. Also under her watch, the university sold 88 acres of rare pine rockland to a developer planning to build a Walmart, which riled environmentalists.

Still, she's held prominent positions, having also served as U.S. Secretary of Health and Human Services under Bill Clinton. (Hillary Clinton beat Donald Trump in the district by nearly 20 points). And she's friendly with the retiring Ros-Lehtinen, who once called her "one of the most profound educational leaders of her generation."

She is also the closest thing to a household name among any of the dozen declared candidates on either side.