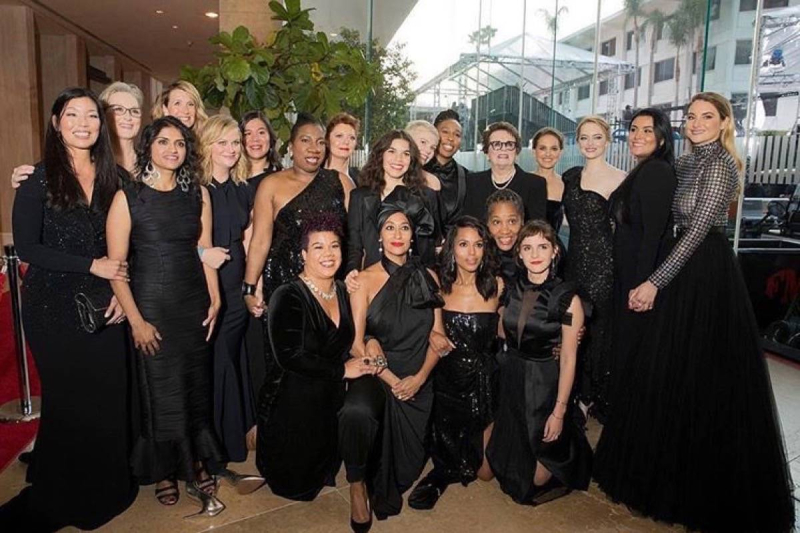 When Florida legislators open their annual session on Tuesday, many women will be wearing black to send the same message of solidarity with the #MeToo movement as Hollywood stars did at the Golden Globes.

The initiative is expected to cross party lines and position, include Democrats and Republicans, elected officials and lobbyists, agency and legislative staff and members of organizations, said Pamela Goodman, president of the League of Women Voters of Florida. "A common message of strength and transparency."

Because of the recent resignation of Sens. Jeff Clemens, D-Lake Worth, and Jack Latvala, R-Clearwater, nearly 1 million Floridians will lose their representation during the session, Goodman said. "Electeds play, voter pay."

The idea began organically through a series of Tweets and emails Monday night when attendees to Monday's Golden Globe awards in Hollywood dressed in black in support of #TimesUp, a movement, said Samantha Sexton, a Tallahassee lobbyist.

"Many of us have not been assaulted but we know women not all women who have may have a voice, an ability to speak out,'' Sexton said. "We feel for them."

The #TimesUp initiative was launched by Hollywood actresses following the #MeToo stories of sexual abuse and harassment that began in October when the New York Times broke a story on Harvey Weinstein’s alleged misdeeds.

Photo: Hollywood stars wore black to the Golden Globes in support of women who have been sexually harassed and abused. (Shailene Woodley/Twitter)