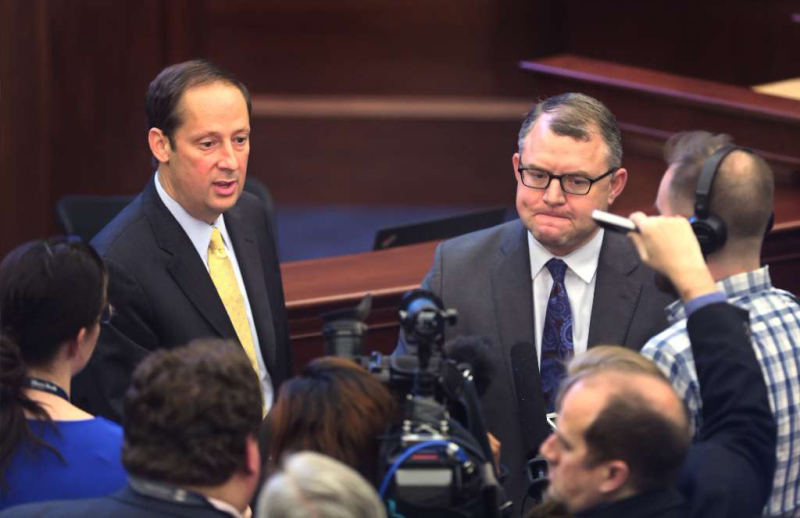 In the aftermath of the Parkland school shooting, Florida lawmakers vowed to push harder on an issue they acknowledged they had failed: mental health in schools.

Sen. Kathleen Passidomo, R-Naples, who chairs the Senate Appropriations Subcommittee on PreK-12 Education, filed a mental health pilot program in schools early this year, which sets aside $40 million to connect students to community programs for mental health treatment and trains teachers to identify students who are "at risk of having mental illness."

Yet when asked about her own bill in its current form, she was blunt: "It's not enough."

Money is scarce for the students who need it most, she said, like those who deal with abuse or drug addiction in their homes. "They all bring it to school … which is the only place that they have that's safe. Well, not anymore."

Passidomo said she had originally asked for $180 million for mental health resources in schools, but settled on $40 million as a starting point.

Although Republican lawmakers hesitated to discuss restricting certain weapons or high-capacity magazines, many were more eager to advocate for beefing up mental health services.

"We need to pay more attention to mental health screening, training and treatment,'' Galvano told the Times/Herald as he boarded a charter flight to Parkland with other lawmakers.

Senate President Joe Negron, R-Stuart, said that he's spoken to other senators who are ready to put more money behind Passidomo's proposals.
He, along with other prominent Republicans including Sen. Rob Bradley, R-Fleming Island, and Gov. Rick Scott, also said there needs to be a way to keep guns out of the hands of the mentally ill.

State law currently calls for background checks to review if a buyer has been deemed "mentally defective" or committed to a mental institution. The Parkland shooter — 19-year-old Nikolas Cruz — received treatment from a mental health clinic for about a year until last fall but purchased his weapon legally, authorities said.

The state has struggled for years with funding mental health initiatives, said Rep. Kathleen Peters, R-Treasure Island. She sponsored a successful bill in 2016 which erected more centers for mental health and substance abuse treatment and restructured how patients can access them, though state funding was slashed last year by more than 40 percent.

"We're not even close on what we should do with mental health," Peters said.

Supporters of increased funding have said Florida ranks last among the 50 states in funding mental health, though the ranking does not account for Medicaid funds which the state administers differently from others.

"But that requires that an individual would seek help themselves or someone else identifies that they need help and calls someone," added Brodeur, who chairs the House Health Care Appropriations Subcommittee.

Sen. René García, R-Hialeah, has focused on programs to address mental illnesses and substance abuse, but said Wednesday's shooting showed that the problem is bigger than mental health. He is writing a letter to Negron asking for a "task force" including advocates from several related fields to come up with solutions.

"It's just more than one issue," he said. "We have to take a holistic approach and we all have to give. It can't just be the NRA, just be anti-gun folks, it can't be the school-hardening folks where they want to put more (school security), we have to all have this conversation. However uncomfortable and hard it may be, we can't allow this to happen anymore."