« Florida is afraid of its prison system. Senators have ideas to fix it but can they get them through the House? | Main | Al Hoffman to Rick Scott: support an assault weapons ban or no endorsement -- and no money »

Florida is afraid of its prison system. Senators have ideas to fix it but can they get them through the House? 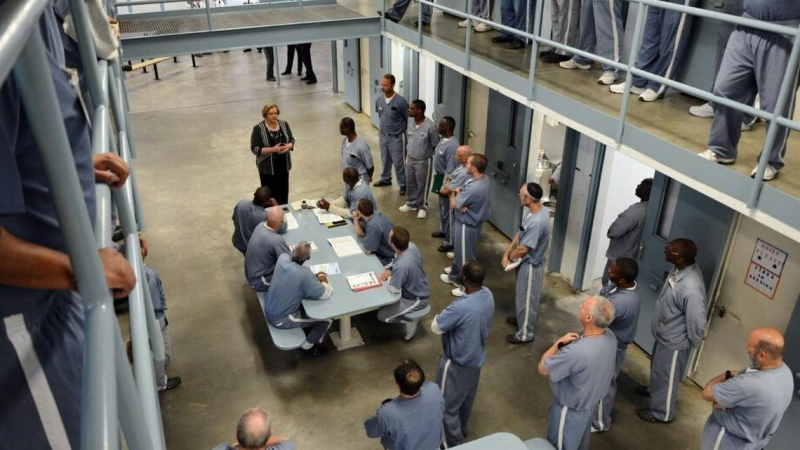 Lobbyist Barney Bishop stood up before a Senate committee Wednesday and wrote the direct mail campaign ad every legislator fears.

“You’re helping drug traffickers,” he said of the bill before the Senate Justice Appropriations Subcommittee that will give judges discretion when sentencing non-violent drug offenders to prison. “Do you know how much pot you’ve got to have to meet the trafficking minimum for this bill? You have to have 25 pounds. That’s 25 backpacks.”

It is exactly the kind of out-of-context rhetoric that worries lawmakers as they consider legislation aimed at shrinking something else that scares them: Florida’s expensive prison system. The idea behind the package of reforms is to slow the prison revolving door by diverting non-violent drug felons from prison to local jails, and treating those with mental illness and addiction while they are locked up. The savings from prisons is used to pay for the programs.

Similar reforms have been successfully adopted in dozens of other states, fueled by a rare coalition of conservative and liberal activists, yet Florida remains an outlier.

Several bills that make small but powerful changes to state law are inching towards passage in the Florida Senate with bi-partisan support and little fanfare but, as has been the case for years, progress is slow if not non-existent in the Florida House. House Speaker Richard Corcoran of Land O’Lakes is considering a run for governor and wants to avoid antagonizing the more conservative factions of his party. Story here.