« Could a gaming deal happen this year? 'It's a significant part of our revenue' Galvano says | Main | Rubio tells Miami Dade College to cancel Confucius Institute » 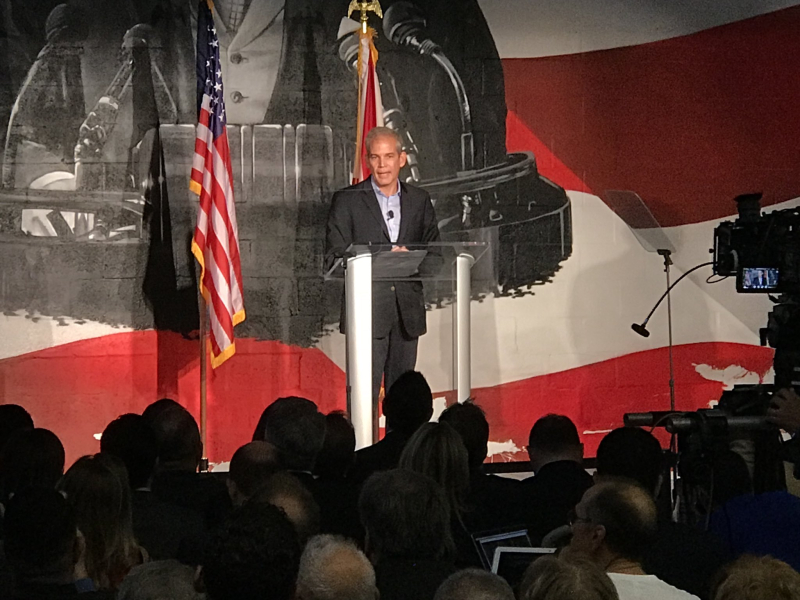 Penelas, 56, confirmed to the Miami Herald Saturday that he's mulling a run for the state Senate seat currently held by term-limited Rene Garcia, R-Hialeah. Penelas has spoken to party leaders, and a firm tied to Senate Democrats is currently polling his name.

"This is at a very preliminary stage," said Penelas, who served as Miami-Dade mayor from 1996 to 2004, when he ran a losing bid for U.S. Senate. "I'm intrigued by the possibility but it's not a foregone conclusion. It's been what, 15, 14 years out of public office? I look at public service a lot differently than the way I looked at it before. The policy part does interest me. The politics does not."

Penelas, despite his long absence and some old baggage, could make sense for Florida Democrats hoping to flip a seat in a balanced district where registered Republican, Democratic and independent voters all hover around 77,000 a piece.

Republicans are expected to line up behind State Rep. Manny Diaz Jr., whose house district largely overlaps with Garcia's Senate District 36, making him a strong candidate. But Penelas, who was seen as a rising Democratic star before he clashed with the Clinton administration over their decision to return Elián González to his father in Cuba, remains a well-known name in Miami-Dade politics and in Hialeah, where he got his start in politics as a city councilman. Penelas is also a political analyst for Univision.

"We are fully prepared for a race regardless of who the candidate is," said Diaz.

Sen. Audrey Gibson, chairwoman of the Florida Democratic Legislative Campaign Committee, said she's spoken with Penelas and acknowledged Saturday that "our partners are doing some polling" for him in the district.

"I haven't gotten anything back yet," she said.

Penelas has considered a return before, having contemplated a run for Congress in 2012. He said he remains interested, and thinks that if he does take another shot at elected life it will be in the near future. Another option he's considering: running to reclaim his old seat as county mayor.

"It's something that my wife and I are talking a lot about again. I'm 56. I'm not in my 20s anymore. It's either now in this cycle, or 2020, or maybe not at all," he said. "I've told the folks who've talked to me about the Senate race that it's a big IF in capital letters. I'm not interested to go to Tallahassee and just be a number."