Miami wants rail permits. Trump: ‘We’ll get them for you so fast your head will spin.’ 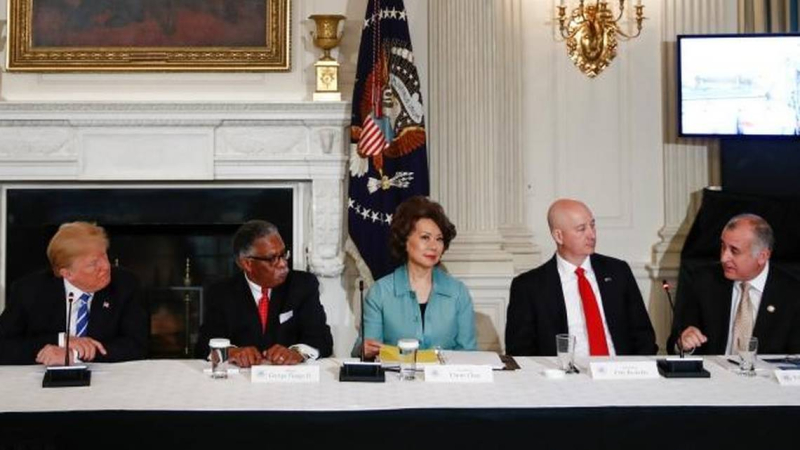 “We’re going to get you the federal permits, OK? And we’re going to get you the environmental and transportation permits,” Trump said to Bovo, a fellow Republican seated a few seats down from the president at a White House event Monday touting the administration’s new infrastructure plan. “We’ll get them for you so fast your head will spin. The question will be whether you can get the local permits. That’s up to you.”

The moment put Miami-Dade in the spotlight for the president’s unveiling of his infrastructure plan, with Bovo literally having a televised voice at the table as the White House tries to drum up support for its $1.5 trillion infrastructure plan. The plan relies on federal money to attract state, local and private dollars to major projects.

Bovo cited Trump’s history in Miami — he owns the Trump National Doral golf resort and tried to take over the county’s Crandon Park golf course shortly before running for president — in making a pitch for Washington’s help.

“Mr. President, you would appreciate, knowing Miami-Dade the way you do, the gridlock we’re experiencing,” Bovo said.

The presidential statement also arrived at an interesting juncture in Miami-Dade’s latest effort to revive stalled plans to expand the 25-mile Metrorail system. Summoned to the White House was Bovo, a champion of expanding rail, and not Mayor Carlos Gimenez, who has warned that Miami-Dade can’t afford either the expense or the red-tape delays required to extend Metrorail farther into the suburbs.

Gimenez last year proposed a $534 million plan to create dedicated lanes and elevated stations for high-tech bus service connecting Metrorail to Florida City to the south and Miami Gardens to the north. He’s pitching the stations as convertible to rail if Miami-Dade later can afford to expand Metrorail.