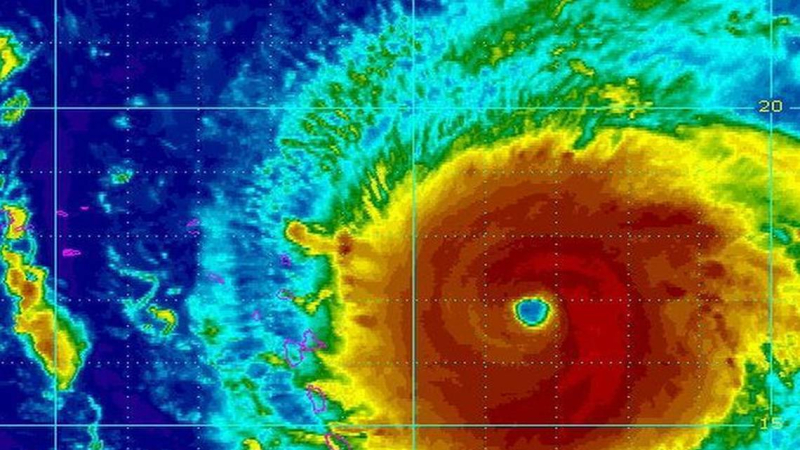 President Donald Trump wants to cut hundreds of millions of dollars from The National Oceanic and Atmospheric Administration, the federal agency responsible for hurricane tracking and research.

Trump's 2019 budget proposal was released Monday and it includes a 37 percent cut to NOAA climate research and a six percent cut to the National Weather Service compared to the 2017 budget that became law last year.

“Today’s budget proposal from the Administration is certainly not reflective of the direction our federal government should take," Miami Republican Rep. Carlos Curbelo said in a statement. "From significant reductions to agencies needed to protect our environment and combat the threats of climate change and sea level rise, to cuts to Community Block Grants that assist in disaster recovery, this budget abandons progress already made on many programs that enjoy bipartisan support."

Trump's budget proposal isn't likely to become law and is mostly a signal of the administration's priorities. Congress has control of the government funding process and it's unlikely that a majority of members will support drastic spending cuts to multiple federal agencies, including NOAA.

The largest proposed NOAA cuts occur in research while national environmental satellite, data and information services also receives a 25 percent cut, $2.2 billion to $1.6 billion, from 2017 to 2019. One area of the agency, the Office of Marine and Aviation Operations, gets 1.9 percent funding increase under Trump's proposal.

“President Trump proposes over $1 billion in cuts at NOAA, including a $273 million slash to grants and programs that support practical solutions to on-the-water challenges in states and local communities," Ocean Conservancy  Associate Director of Government Relations Addie Haughey said in a statement. "From coastal towns facing clear and dire needs for preparedness and repair after a devastating hurricane season, to fishermen whose livelihoods are threatened by changing fish stocks, this administration is turning a blind eye to our coastal economies. Despite pledging during the State of the Union to stand with victims of the 2017 storm season, President Trump’s proposal fails to honor his commitment to rebuild and prepare for future storms."

The 2018 hurricane season begins in June and federal agencies, including NOAA, are still completing disaster recovery efforts in Florida, Puerto Rico and Texas after three major hurricanes made landfall on U.S. soil in 2017.