NOAA gets $400 million in disaster funds in latest spending bill 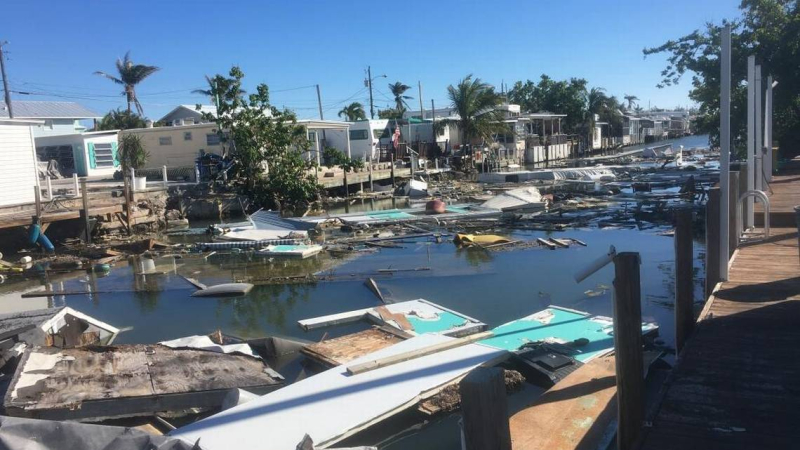 The National Oceanic and Atmospheric Administration is getting an infusion of cash to finish Hurricane Irma recovery efforts in Florida.

Congress agreed to spend $18 million for marine debris cleanup and $200 million to help damaged fisheries in Florida and Texas as part of a massive $300 billion spending plan that was attached to a bill to keep the federal government running until late March.

The $400 million for NOAA included about $200 million initially approved by the House of Representatives in October, and the $200 million in fisheries disaster assistance was added by the U.S. Senate in the plan that President Donald Trump signed into law on Friday.

The NOAA money will go towards cleaning up debris-clogged canals in the Florida Keys along with $50 million for hurricane and flood forecasting along with flood mitigation.

"NOAA will now have the resources to unclog waterways and clean beaches," said Addie Haughey, government relations associate director at the Ocean Conservancy. "Fishermen from Key West to Galveston will get relief from NOAA so they can get back out on the water. With Hurricane season four months away, Congress has given NOAA the tools to continue predicting storms and prevent flooding along the coasts."

Florida Sens. Marco Rubio and Bill Nelson both praised the spending bill's disaster help for Florida and ultimately voted for it, though Rubio wasn't happy about adding billions to the federal deficit.

Here's the breakdown of NOAA funds included in the spending bill, according to the Ocean Conservancy: