« Here’s what’s blocking senators from reaching a DACA deal | Main | What do Emeril Lagasse, Pitbull and the Florida House have in common? A lawsuit soon coming to a close » 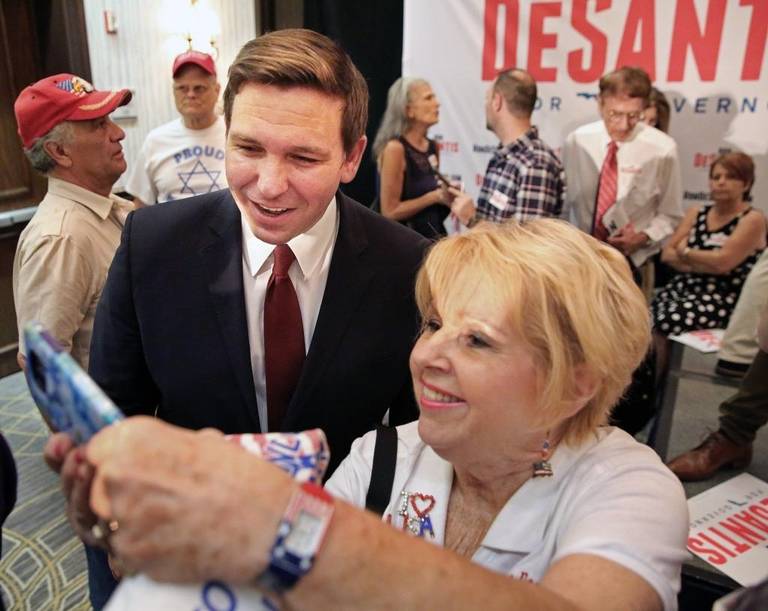 At Dunedin High School, classmates knew him as a super jock and a brilliant student.

At Yale, the baseball coach barely hesitated naming the former team captain when an interviewer in 2002 asked if he ever managed someone of presidential material.

Now running for Florida governor, Ron DeSantis, 39, has won the backing of President Donald Trump, billionaire donors across the country, and by many accounts is the most likely Republican nominee to lead America's third-largest state.

"I'm getting calls from people who are supporting Adam Putnam for governor, but they also want to give to Ron," said Nancy McGowan, a conservative activist raising money for DeSantis in the Jacksonville area. "And people tell me, 'I've committed to Adam, but I think Ron's going to win, and I'd like to talk to him.' "

DeSantis' personal story helps drive the buzz. Dunedin's Little Leaguer went from Yale to Harvard Law, becoming a decorated military lawyer who deployed with the Navy Seals in Iraq and was elected to Congress.

Since entering politics six years ago, DeSantis has bounced from race to race, leaving few tangible accomplishments over his steady political rise as a Fox News favorite and pitbull Trump defender. Even some admirers question his credentials for governor and think he's more attuned to the ideological battlefield of Washington.

The son of a nurse and a Nielsen TV ratings box installer is following the lessons he learned in 1991 leading his team to the Little League World Series: Set big goals, and then leave it all on the field in pursuit of them.