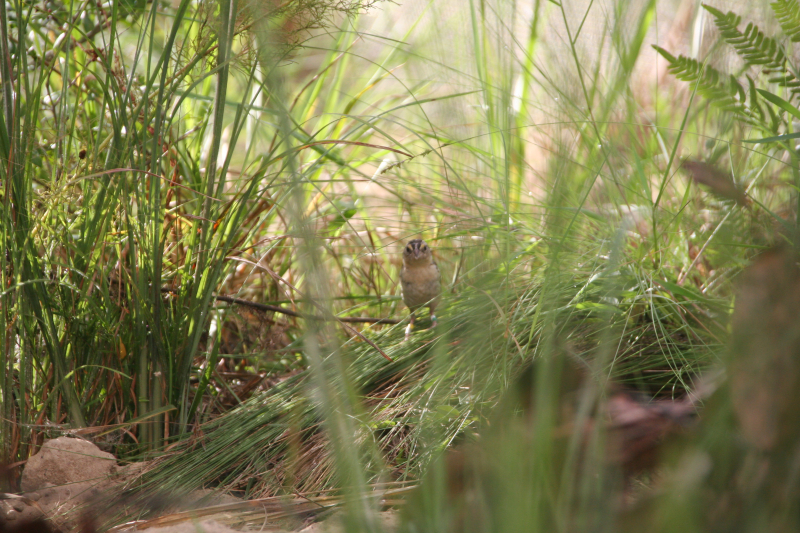 In a letter to U.S. Fish and Wildlife Service Deputy Director Greg Sheehan this week, the two senators warned that with fewer than 100 birds left on the planet, the agency needs to ensure adequate funding for research. Since 2013, wildlife managers have been racing to save the Central Florida bird with a captive breeding program intended to boost the wild population. But in recent months, researchers discovered a new and likely invasive parasite has begun rapidly killing young birds.

Larry Williams, the Service’s Florida supervisor, told the Herald last month that he has requested between $150,000 and $200,000 this year, but the funding remains uncertain.

"While we understand that all agencies face painful budget decisions, the funding needs in question make up less than one percent of the total Recovery Program funding for USFWS proposed by the Senate Interior and Environment Appropriations Subcommittee for the current fiscal year," Nelson and Rubio wrote.

The agency, along with researchers at the Rare Species Conservatory Foundation and White Oak who manage two breeding programs, are working with the University of Georgia on identifying the parasite and developing a treatment.

Research about the grasshopper sparrow, which would become the first North American bird to go extinct since the mid 1980s, could also help other captive breeding programs. Researchers also worry that the parasite could threaten Florida's other endangered prairie sparrows, including South Florida's Cape Sable seaside sparrow.

Since it was added to the endangered species list in 1986, the Service has spent about $1 million to save the bird, which has lost about 85 percent of its prairie habitat. Two groups are also collecting donations to support research: The Florida Fish and Wildlife Foundation has set up an emergency fund and Florida International University's Tropical Conservation Institute has started a matching grant.

"Floridians have witnessed some important successes in increasing the populations of treasured, but threatened, wildlife including the Florida Panther, Florida Manatee, and American Crocodile, among others," the senators wrote. "In this case, USFWS, the State of Florida, local governments, private landholders and ranchers, and conservation groups have already made significant investments to protect critical habitat where Florida grasshopper sparrows should be able to thrive for decades to come."