Where South Floridians in Congress stand on gun legislation 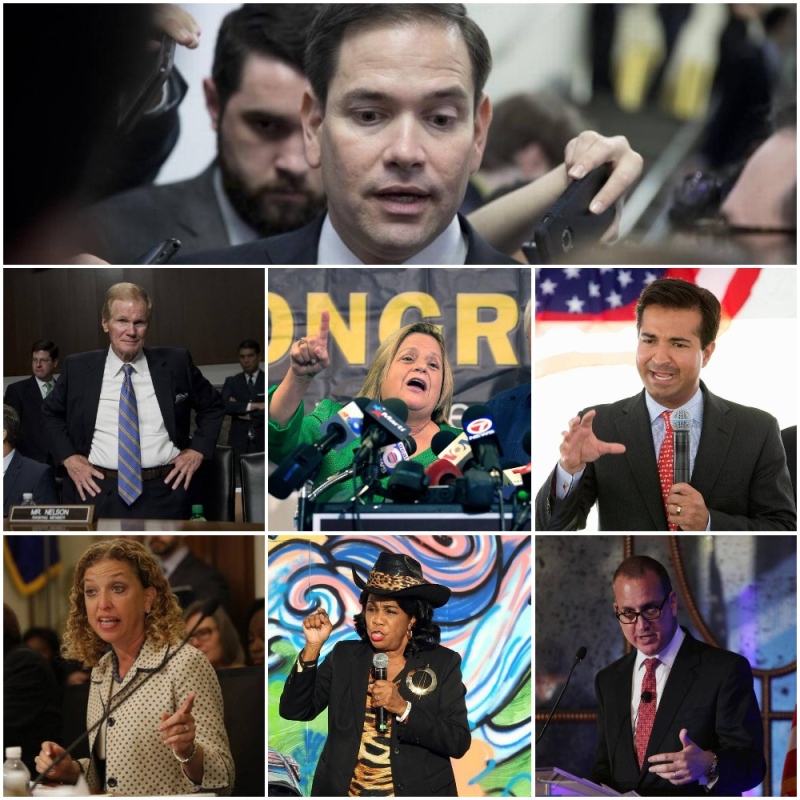 The pressure is building in Washington.

Students are meeting with President Donald Trump, organizing protests outside the White House and planning a mass demonstration in March with the aim of getting Congress to do something to prevent another mass school shooting. after the deadliest high school shooting in U.S. history at Marjory Stoneman Douglas High School last week.

In response, Trump has indicated he’s considering support of a narrowly tailored bill that would ensure federal and state authorities accurately report relevant criminal-history records to the National Instant Criminal Background Check System and penalize federal agencies that fail to upload relevant records. The bill, sponsored by Republican Sen. John Cornyn of Texas and Democratic Sen. Chris Murphy of Connecticut, also has the blessing of the National Rifle Association and Republicans from South Florida, though Murphy tweeted that “no one should pretend this bill alone is an adequate response to this epidemic.”

But where does South Florida’s congressional delegation stand on various federal bills that could limit access to guns and firearm accessories if passed into law?

Below is a list of relevant recent congressional legislation related to guns, and where South Florida’s two U.S. senators and eight U.S. representatives stand on such proposals, including campaign contributions from the NRA.

▪ Assault weapons ban: Congress passed a ban on certain semi-automatic “assault style” firearms like the AR-15 used in the Parkland shooting in 1994, though the ban expired in 2004 and wasn’t renewed. A bill to reinstate the ban in 2013 after the Sandy Hook school shooting failed in the U.S. Senate.

▪ Raising the age to legally own semiautomatic rifles like the AR-15 from 18 to 21. The 19-year old Parkland shooter suspect legally purchased an AR-15 rifle after he turned 18 old. California Sen. Dianne Feinstein plans to introduce legislation that would raise the age requirements.

▪ Bump stock ban: Miami Rep. Carlos Curbelo introduced a bill after the Las Vegas shooting in October that would ban “bump stocks,” or legal modifications to semiautomatic weapons that allow them to fire like automatic weapons. So far, there haven’t been any votes on Curbelo’s bill.

▪ Purchasing guns while on the terror watch list: Feinstein introduced legislation after the Orlando Pulse Nightclub shooting in 2016 that would prevent U.S. citizens under investigation for suspected terrorist activity from purchasing a gun, while Cornyn countered with legislation that would have installed a review period for people on the terror watch list wishing to purchase guns. Both measures failed in the U.S. Senate; the House didn’t vote on them.