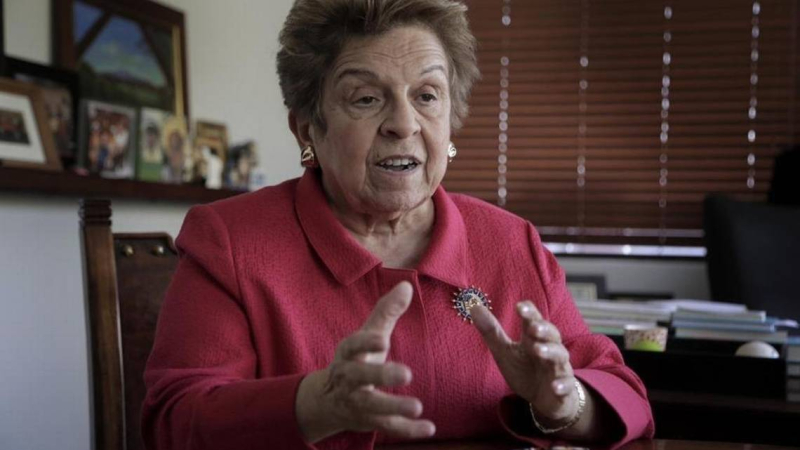 At Trump. At his administration. At Congress.

On Wednesday, the former University of Miami president officially rolled out her campaign to succeed the retiring Ileana Ros-Lehtinen, releasing a video on her campaign website. She filed her statement of candidacy earlier this week, immediately becoming the favorite, though vulnerable, candidate to take a seat that many expect will flip to Democrats after decades of Republican control.

Shalala, 77, says the ruling party in America has frustrated her by undercutting education, the working class, the environment, civil rights for women, immigrants and the LGBTQ community. In an interview with the Miami Herald, she also said she’s disturbed by the lack of federal legislation following last month’s shooting at Marjory Stoneman Douglas High School.

“Frankly, what’s going on in Washington really made me angry,” said Shalala, who was Health and Human Services secretary under Bill Clinton in 1996, when Congress passed a law banning the Centers for Disease Control and Prevention from studying gun violence. “Elected officials ought to make decisions based on evidence. If you stop us from collecting the evidence, you’re doing real damage to making public policy.”