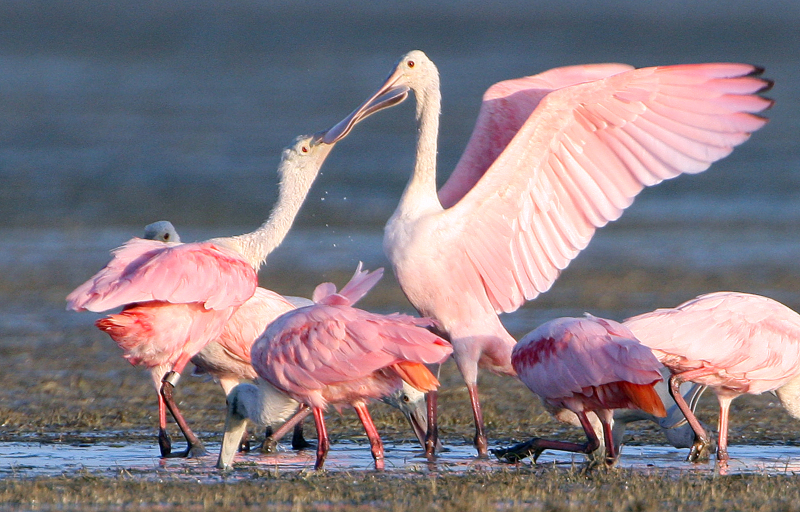 Florida environmental regulators have signed off on a billion-dollar reservoir that some Everglades activists say still does too little to fix the ailing watershed.

In an order issued Monday evening, the Florida Department of Environmental Protection concluded the 23-foot deep, 10,500-acre reservoir and 6,500-acre stormwater treatment area will succeed at slowing polluted discharges to the coasts and clean water before sending it south to Everglades marshes. The governing board for the South Florida Water Management District, which is overseeing the project, will vote on a final plan to forward to the Assistant Secretary of the Army on Thursday.

State regulators also sent a clear message about water quality standards. Over the last year, some district board members have suggested standards should be eased. But regulators say they expect the district to continue upholding the rules and tweak the project if needed.

"Our team has been pretty clear on the water quality side and to the department's credit, and secretary's credit, this speaks to the issues we've raised," said Everglades Foundation CEO Eric Eikenberg, who helped broker legislation last year to kick-start the reservoir.

Since planning began over the summer, environmentalists have repeatedly raised concerns that the project falls short of what was originally planned. It's about a third of the size of the original reservoir planned in the Comprehensive Everglades Restoration Plan, requiring it to be much deeper, which could make water harder to clean. The Everglades Foundation has estimated that at least 13,000 acres of treatment marshes are needed and pushed district planners to be more aggressive in buying additional land. But Florida legislators, pressured by farmers, refused to allow the district to take land through eminent domain, essentially tying their hands.

"The bill got beaten up by lobbyists and lawmakers. Now we have a project implementation that is crippled by not having enough land to let it do what it is supposed to and be cost-effective," the Sierra Club said in a statement. "We have no real guarantees that the agencies building the reservoir will use it to significantly cut the discharges it was funded to eliminate. We're being asked to blindly trust this $2 billion project to [the] same Governor-appointed officials who've openly opposed it from the start."

"The DEP's vague pledge to enforce water quality standards leaves the door open to simply reduce the reservoir’s benefits," the group said. "If communities and businesses that depend on clean water can't get the same guarantees of drainage and water that lawmakers give the sugarcane industry, the EAA reservoir plan is a $2 billion trust fall."

The state's two biggest environmental brokers, the Everglades Foundation and Audubon Florida, however, have backed the plan, in part because it speeds up work that otherwise would have taken another 15 years, Eikenberg said.

"The last thing we want is less than nothing. And the folks who live along the coast expect something," he said. "Everglades restoration has been notorious for incremental progress....and the biggest fear was getting less than nothing."

The sugar industry and farmers have bitterly fought the project, complaining that it was a land grab that would drive away jobs.