« Human trafficking bill dies on a technicality | Main | CRC could put the Legislature's gun bill as an amendment onto the November ballot. Will it? » 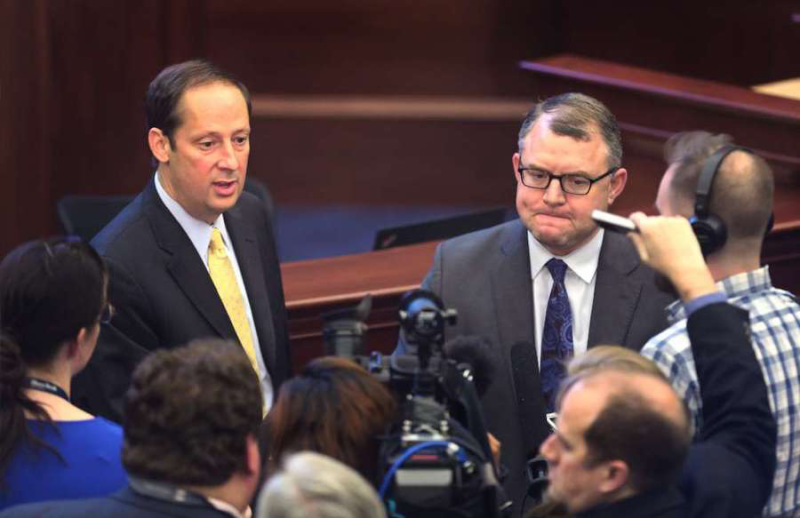 In the last 45 minutes of the 2018 legislative session, lawmakers on Sunday approved creating a new section of law on behalf of a powerful lobbyist.

The amendment, sponsored by Sen. Rob Bradley, R-Fleming Island, created a new chapter of the Florida statutes for online handyman services like Handy. The new statutes make clear that the handymen used by Handy are independent contractors, not employees.

Senators approved it after barely 10 minutes of discussion. Immediately after, Sen. Dennis Baxley, R-Ocala, walked across the Senate floor to shake Bradley's hand.

He said all it did was make sure that companies did not get sued over such employee-contractor questions. Uber has been sued in multiple states, including in Florida, over whether its drivers are employees or independent contractors, raising questions over whether the company owes unemployment and other benefits.

"I don’t think anybody’s rights or responsibilities changed with what we did,” he said. "What we did is ensure that there will not be litigation on these questions.”

He said that the app Handy, being represented by the powerful lobbyist Brian Ballard, came to him asking for the change. He said he supported the change because of he is a fan of such apps.

"I’ve always been a big fan of Uber, Lyft,” he said. "So when it was brought to my attention, it fit right in to my general worldview when it comes to these types of economic freedom matters."

Senate President Joe Negron defended the last-minute attachment of the amendment to benefit one particular company.

"It is a recognition that the Uber model is going to spread to other industries and we were recognizing that fact to clarify that doesn't create an employment situation," he said.
He also defended the decision to present it as a last-minute amendment, rather than a stand-alone bill.
"This issue has been around for several weeks and has been discussed and we were looking creatively for an opportunity to address it and the tax package seemed to be a good fit," Negron said.
Herald/Times staff writer Mary Ellen Klas contributed to this report.