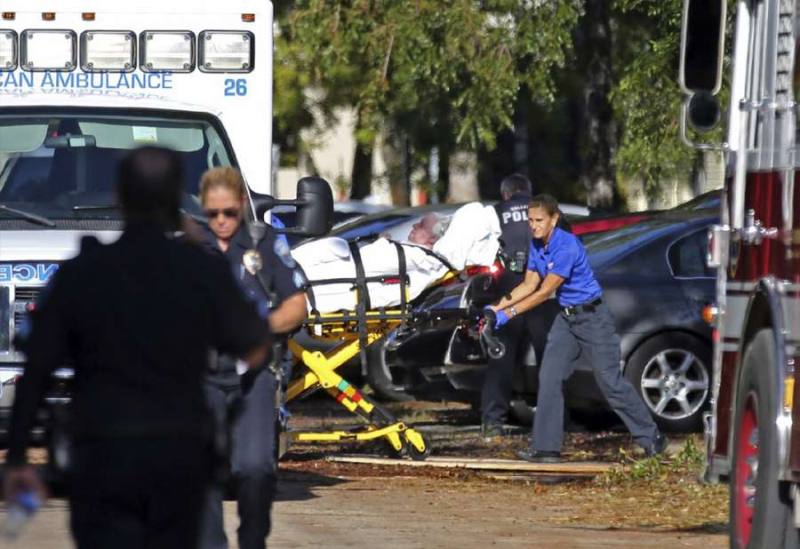 A proposed constitutional amendment that would have created a "bill of rights" for residents of nursing homes and assisted living facilities was withdrawn Tuesday, after its sponsor said the necessary compromises to pass the proposal were too unpalatable to continue pursuing.

P 88 would have put several rights — from requiring safe and comfortable facilities to making it easier to sue in cases alleging neglect or abuse — in the state constitution through the Constitution Revision Commission. The powerful 37-member group meets once every twenty years to put proposed amendments directly on the ballot.

"Over the last few weeks, it's become very clear and apparent to me that there are some very significant and very legitimate concerns that were raised by the provisions in this proposal," said Commissioner Brecht Heuchan, as he abruptly pulled his own proposal from consideration. He described some of the most contentious parts of the proposed amendment as "the most meaningful reforms that I sought to address" and admitted he would rather kill the amendment than see it proceed.

The proposal, which was heard and advanced by a portion of the CRC in January, would have explicitly given residents in long-term care facilities several rights, including the right to go to courts and the legal system in cases of exploitation, abuse or neglect and the right to be cared for in facilities with liability insurance, which is not currently required.

Progress on the proposal was spurred in part by the deaths of a dozen residents from overheating at a Broward County nursing home after Hurricane Irma, when the facility lost power to its air-conditioning.

But industry groups opposed it, citing concerns that most of the rights were redundant with state and federal law and that some of the proposal's language — including that on the insurance requirement and court access — would eliminate arbitration agreements that nursing homes use to resolve disputes, increase litigation and prohibitively drive up the cost of care.

A strike-all amendment that Heuchan had filed last week would have been particularly damaging, said lobbyist Bob Asztalos for the nursing home group Florida Health Care Association, citing language that he said would eliminate any caps on punitive damages.

Heuchan's role as a lobbyist for several legal groups — including the Florida Justice Association, which represents trial lawyers, and Wilkes & McHugh, a law firm that has sued nursing homes — also cast a shadow over the proposal.

American Senior Alliance executive director Conwell Hooper said in a statement last year he had filed a complaint with the Florida Commission on Ethics, alleging the proposal was “designed to boost the bottom line of one law firm.” But the Commission dismissed the complaint for lack of legal basis, and Heuchan criticized the Alliance, which is listed as an "associate member" of FHCA, as a front for the larger group and part of a personal attack.

Trade groups, including FHCA, said they supported the decision to yank the proposal from consideration.

"We're just appreciative of Commissioner Heuchan and the CRC for listening to our concerns," said FHCA spokeswoman Kristen Knapp, adding that future changes like the ones in the proposal should fall under the purview of the Legislature if considered.