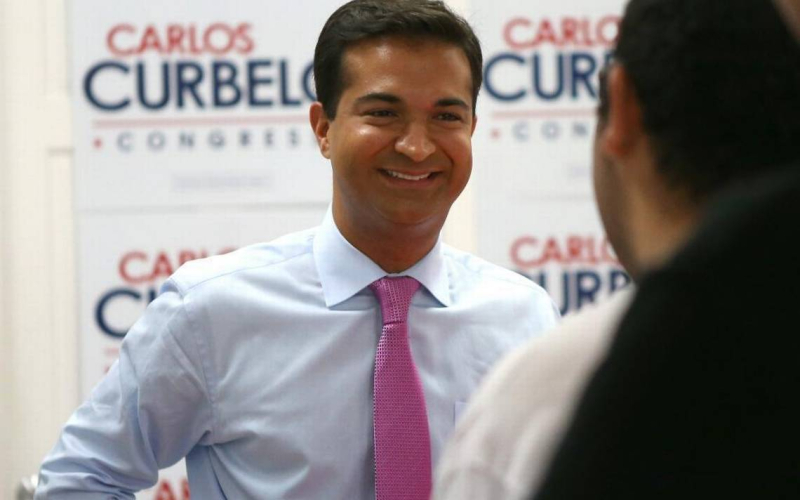 New polling from the Democratic Congressional Campaign Committee shows that Miami Republican Rep. Carlos Curbelo could face a serious challenge for his seat in November.

The DCCC, a Washington-based organization that seeks to elect Democrats to the House of Representatives, released polling that shows Curbelo with a five percentage point lead over likely Democratic challenger Debbie Mucarsel-Powell. The polling also shows Curbelo losing to a generic Democrat by two percentage points.

The poll's results, which shows Curbelo up 45 points to 40 points over Mucarsel-Powell, are based on a survey of 418 likely 2018 general election voters in Florida's 26th Congressional District and was conducted by the DCCC from March 17th to 22nd. Respondents’ information came from the voter file and the poll was conducted through all live calls, on cells and landlines, with a bilingual option. The poll's margin of error is +/- 4.9%.

"Month-by-month, week-by-week, primaries will produce battle-tested and uniquely qualified Democratic candidates," the DCCC said in a press release. "And vulnerable House Republicans will be forced to face reality: According to a sample of newly released polling data from a wide variety of districts, Democrats are poised to take back the House."

Curbelo, who has been a target for national Democrats since winning office in 2014, will be a tough opponent despite representing a Miami-to-Key West district that voted for Hillary Clinton over Donald Trump by 16.3 percentage points in 2016. He won reelection in 2016 over Democrat Joe Garcia by 12 percentage points, and leads Mucarsel-Powell in fundraising by a significant amount.

Curbelo's district performed an average of 6 percentage points more Democratic than the nation did as a whole between the 2012 and 2016 presidential elections, so Curbelo is polling ahead of the Democratic average in the district according to the DCCC's own polling.