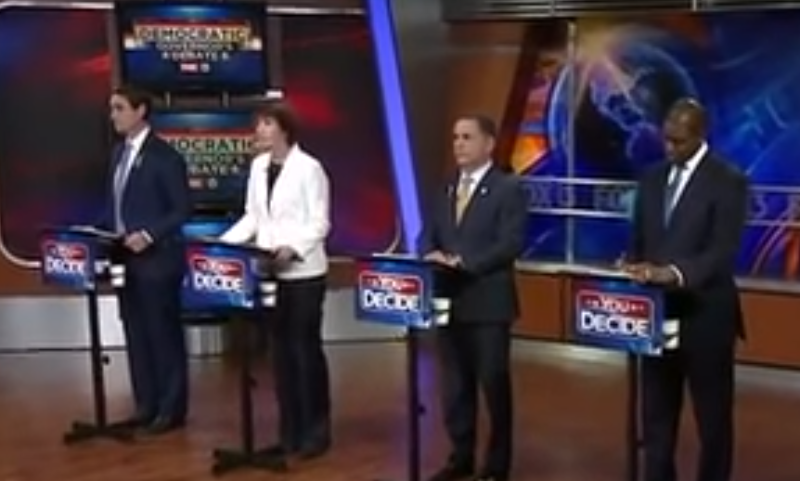 The four Democrats running to become Florida’s next governor will get together in South Florida for the first time in June for a debate hosted by the Service Employees International Union’s state council and several left-leaning non-profits.

The debate, which has been dubbed the Florida Freedom Forum, will be live-streamed. A moderator has not yet been announced, but organizers say Andrew Gillum, Gwen Graham, Chris King and Philip Levine have all confirmed their plans to attend.

The hosts say they plan to focus on “issues that poor and working communities face every day,” such as education, “institutional and implicit bias,” wages, and access to low-cost, high-quality healthcare. The primary election will take place in August.

Photo is a YouTube screengrab of the FOX 13 News debate held on April 18.