How one Republican held up the U.S. Senate over Cuba travel policy 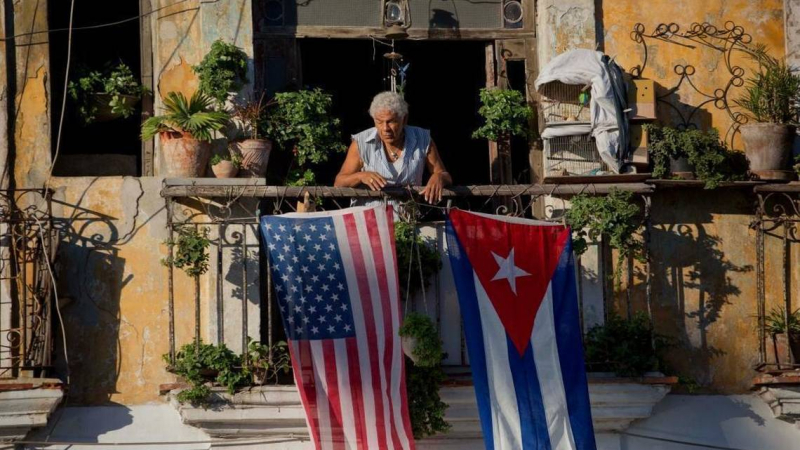 The U.S. Senate ground to a halt last week, and Cuba was the culprit.

After months in limbo, Donald Trump's pick to lead NASA finally appeared to have enough support for confirmation, and a vote was scheduled. Sen. Marco Rubio, who opposed Rep. Jim Bridenstine's nomination because he wanted a non-politician to run the nation's space program, switched his stance, giving Republicans enough votes to move forward with Bridenstine on a party-line vote.

But Jeff Flake had other ideas.

The Arizona Republican seized the GOP's one-vote advantage over the minority and initially cast a "no" vote on Bridenstine. Vice President Mike Pence was in Florida, unable to hustle to Capitol Hill to break a 49-49 tie. Republican leaders were forced to negotiate with Flake on the Senate floor to get him to change his vote.

Flake's reason for dithering? The longtime critic of U.S. trade and travel restrictions with Cuba wanted to talk to Mike Pompeo, Trump's nominee for secretary of state, about travel restrictions to Cuba, according to Senate Majority Whip John Cornyn, R-Texas.

"I want to talk to Pompeo on a number of issues, that's all I'll say," Flake said with a smile when asked if he sought to talk to the secretary of state nominee about Cuba travel restrictions in exchange for a "yes" vote on Bridenstine.

Flake, a frequent Trump critic, doesn't have much of an incentive to listen to party leaders who could help his reelection chances:. He's retiring after the 2018 elections.

That means he can continue to push Senate leaders on issues like Cuba, where the fault lines aren't drawn up neatly along party lines.

"My goal has always been the same, of closer ties, more travel, more commerce because I think that moves Cuba closer to democracy, so I'll use any leverage I can to try to bring that about," Flake said. "I'll try to keep the progress and the policies we've made particularly with Cuban entrepreneurs achieving some kind of independence from the government down there that we don't turn them back."