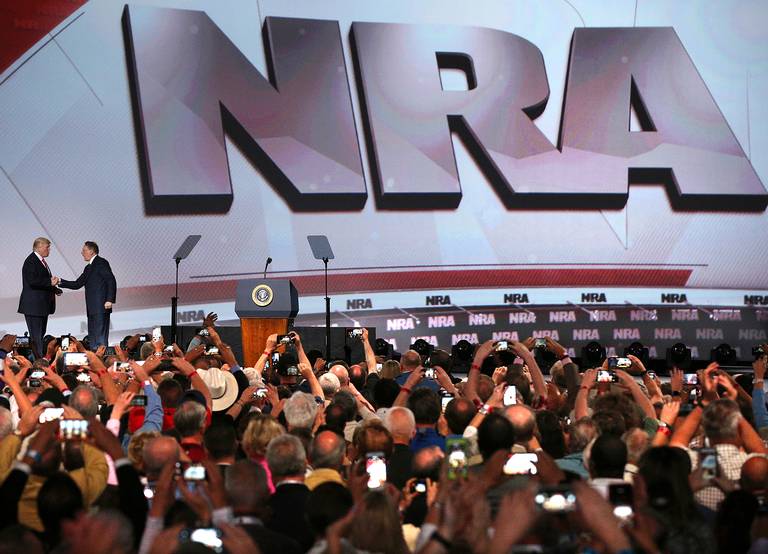 As the student-led March for Our Lives movement captured the nation's attention in the weeks after the Parkland shooting, the other side of the gun control debate enjoyed a banner month of its own.

The National Rifle Association's Political Victory Fund raised $2.4 million from March 1 to March 31st, the group's first full month of political fundraising since the nation's deadliest high school shooting on Valentine's Day, according to filings submitted to the Federal Elections Commission. The total is $1.5 million more than the organization raised during the same time period in 2017, when it took in $884,000 in donations, and $1.6 million more than it raised in February 2018.

The $2.4 million haul is the most money raised by the NRA's political arm in one month since June 2003, the last month when electronic federal records were readily available. It surpasses the $1.1 million and $1.5 million raised in January and February 2013, the two months after the Sandy Hook school shooting in Newtown, Connecticut.

Most of the donations, $1.9 million of the $2.4 million total, came from small donors who gave less than $200. The NRA doles out money to political campaigns from the victory fund, but most of its spending is on activity that isn't directly linked with a lawmakers' campaign where the group is not bound by state and federal campaign finance limits. For example, Florida Republican Sen. Marco Rubio received only $9,900 in direct contributions from the NRA during his 2016 U.S. Senate campaign, but his campaign benefited from $3.3 million in outside spending from the NRA to help him defeat Democratic Rep. Patrick Murphy.